Two soldiers were killed in Yemen 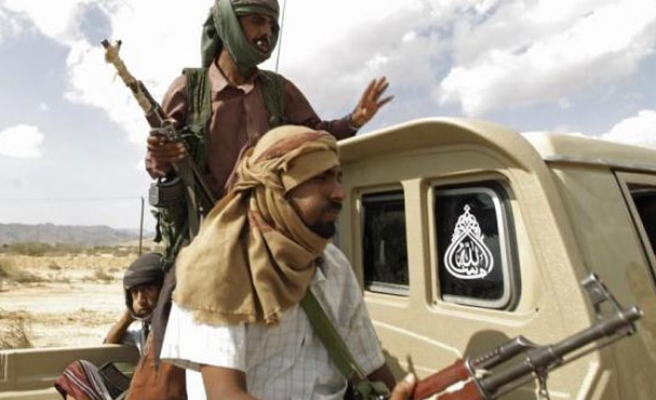 Two Yemeni soldiers were killed and two wounded when they were ambushed while on patrol by suspected al Qaeda militants in the central province of Marib, a regional official said on Thursday.

Marib has most of Yemen's oil and gas fields and has long been a battleground between various factions, including local tribesmen, al Qaeda in the Arabian Peninsula (AQAP) insurgents and government forces.

Now tribesmen say the province is subject to an advance by Iranian-allied Houthi fighters, who took over the capital Sanaa in September and brought about the collapse of the U.S.-backed government last week.

A CIA drone strike on a car in Yemen killed three suspected al Qaeda militants in Marib on Monday, the first since the Sanaa government stepped down, in a sign such U.S. operations will continue despite the political crisis.

Houthi leader Abdel-Malek al-Houthi said on Tuesday his movement was seeking a peaceful transfer of power after the resignation of President Abd-Rabbu Mansour Hadi, and urged all Yemeni factions to work together to that end.