Citing reports from the street, they said the killings occurred in the province of Homs, scene of some of the largest protests against President Bashar al-Assad and where troops. 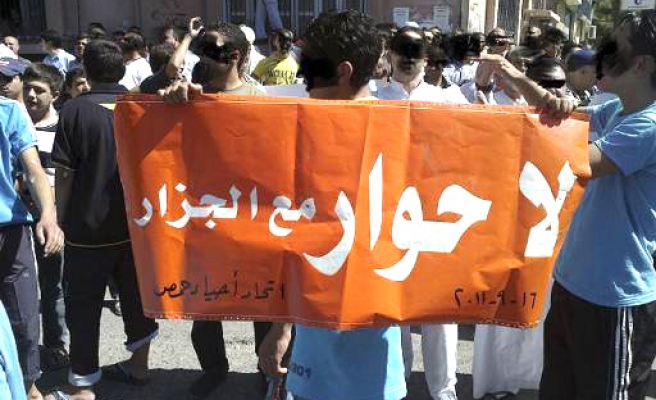 Citing reports from the street, they said the killings occurred in the province of Homs, scene of some of the largest demonstrations against President Bashar al-Assad and where troops and tanks are deployed in the provincial capital and in the countryside.

Protesters also came under fire in the tribal region of Deir al-Zor on the border with Iraq, the city of Hama, and in several Damascus suburbs, they said.

"Help Syria. It is bleeding," read placards carried by protesters in the poor suburb of Hajar al-Asswad, according to footage aired by residents, reflecting growing street calls for international protection to stop civilian killings.

An activist in the northwestern province of Idlib on the border with Turkey, who gave his name his name as Alaa Youssef, told al-Jazeera Television: "The opposition is against foreign military intervention. But we want protection in any form to stop the slaughter."

Assad has promised reform and has changed some laws, but the opposition say they made no difference.

The president has repeatedly said foreign powers want to divide Syria under the guise of wanting democracy.