The clash occurred when militants approached the compound in Lawdar town with suicide belts, hand grenades and explosive devices 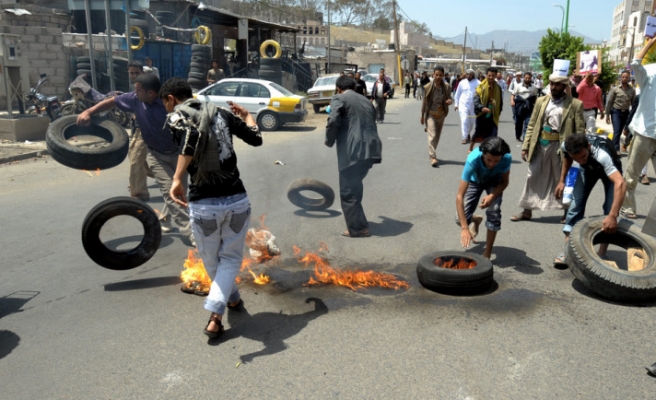 At least two Yemeni soldiers and four militants were killed in a clash on Saturday when fighters tried to attack a military compound in southern Yemen, the Defence Ministry said.

The clash occurred when militants approached the compound in Lawdar town with suicide belts, hand grenades and explosive devices, the ministry said on its website. Soldiers and members of neighbourhood patrols confronted them.

The website earlier put the toll at one dead militant and two Yemeni soldiers. It later quoted a military source as saying four "terrorists" had been killed, one of whom had Saudi nationality and went by the name "Abu Musab".

A third soldier was wounded in the attack in southern Abyan province.

At least 40 people have been killed in three days of fighting between Shi'ite Muslim rebels and Sunni tribesmen, sources on both sides said on Sunday, as sectarian fighting that flared up in October in the north drew closer to the capital Sanaa.

Fighters loyal to the Shi'ite Houthi tribe, who have repeatedly fought government forces since 2004, are trying to tighten their grip on the north as Yemen moves towards a federal system that gives more power to regional authorities.

Gulf Arab states and the United States are particularly concerned about violence in the Western-allied country as it shares a long border with top oil exporter Saudi Arabia and its coast runs alongside Red Sea and Gulf of Aden shipping lanes.

Fighting on Friday and Saturday in al-Jawf province, about 140 kms (90 miles) north-east of Sanaa, claimed more than 30 lives before government mediators managed to broker a truce.

And clashes on Sunday in Hamdan, an area some 30 km north-west of Sanaa has killed more than 10, officials on both sides said. Fighting is still going on, they said.

The Houthis - who control much of the northern Saada province bordering Saudi Arabia and next to al-Jawf - also blew up a three-storey Sunni religious education centre in Hamdan on Sunday, local tribal sources said.

A local official called on government mediators to try to stop the fighting and warned in a statement carried by Yemeni media that failure to do so would result in a "bloodbath".

The Houthi fighters arrived in Hamdan from northern Yemen to safeguard access from their northern stronghold of Saada to Sanaa, where they have large following, tribal sources said.

They said they had no intention of entering the capital.

Fighting in the north erupted last year when the Houthis accused Sunni Salafis at the town of Dammaj of recruiting foreign fighters to prepare an attack. The Salafis said the foreigners were students who had come to study Islam.

The fighting ended with the Salafis agreeing to leave.