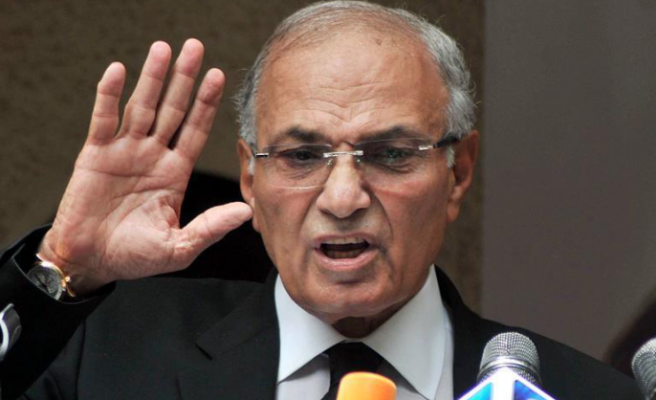 Ahmed Shafiq, former Egyptian prime minister and candidate in the upcoming Egyptian presidential elections, arrived in the Eygptian capital Saturday evening, after being deported from the United Arab Emirates (UAE) earlier in the day.

Shafiq's lawyer, Dina Adly announced his arrest on her official Facebook page. "The authorities in UAE have arrested Shafiq at his house in order to deport him to Egypt," Adly said.

Anadolu Agency was not able to get an immediate comment from UAE authorities in response to the lawyer’s statements.

According to information by sources at Cairo's International Airport, when Shafiq’s plane landed nearly 50 family members and his loyalists met him at the airport.

Sharif Es-Shazili, nephew of the former prime minister, told reporters that they got a phone call from Shafiq's team prior to his departure, informing them that his health condition was fine.

However, Shafiq’s family is still in the UAE, said an unnamed official source cited in the ENA report.

Shafiq -- the last prime minister of Egypt’s Mubarak era -- announced late last month that he was planning to run in the presidential elections scheduled in 2018.

Shafiq, 76, briefly served as prime minister under autocratic President Hosni Mubarak, who stepped down in early 2011 following 18 days of popular demonstrations against his regime.

In Egypt’s first-ever free presidential election in 2012, Shafiq lost -- by a narrow margin -- to Mohamed Morsi, a leader of the now-banned Muslim Brotherhood group. He had resided in the UAE since then.