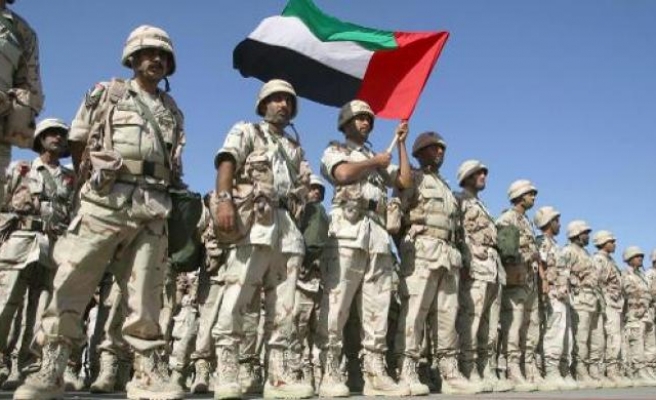 The UAE on Friday announced the deaths of 22 soldiers deployed in Yemen as part of a Saudi-led coalition battling rebels, with Yemeni military sources blaming an "accidental explosion".

The United Arab Emirates armed forces, in a statement carried by state news agency WAM, did not disclose the circumstances of what was its highest casualty toll of the operation against Shiite Houthi insurgents.

But Yemeni military sources said Arab coalition soldiers were among those killed Friday in an accidental blast at an ammunition store in the eastern oil province of Marib.

The blast at a military base in Safer, 250 kilometres (150 miles) east of Sanaa, also killed several Yemenis, a source at the scene said.

The UAE, a longtime Western ally, is a key partner in the Saudi-led coalition that in March launched air strikes against the Houthis as they advanced on the southern port city of Aden, forcing President Abedrabbo Mansour Hadi to flee to Riyadh.

The Houthis had seized the capital Sanaa in September 2014.

The coalition has also provided military equipment to loyalist forces and reportedly sent troops, with Saudi media reporting that roughly 1,500 soldiers, most from the UAE, had entered Aden.

The UAE only confirmed last month that its troops were on the ground in Yemen.

Emirati forces in August rescued a British hostage that Abu Dhabi said had been held for more than 18 months by Al-Qaeda in Yemen.

But Al-Qaeda in Yemen later denied having held any British hostages.