'This move... could not have been timelier as the humanitarian situation in Libya has deteriorated drastically over the past few months,' a Red Crescent representative says 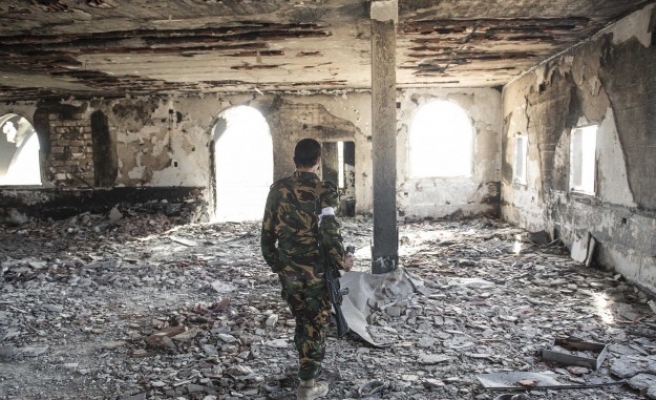 The United Arab Emirates is transporting humanitarian aid to residents in the war-torn Libyan city of Benghazi, the Emirates Red Crescent announced on Wednesday.

The first of nine aircraft carrying food, medicine, medical supplies and other materials departed this week to Benghazi, the aid organisation said in a statement.

"This move... could not have been timelier as the humanitarian situation in Libya has deteriorated drastically over the past few months," said Emirates Red Crescent Secretary General Mohamed al-Falahi.

Libya's second city Benghazi has been the scene of months of fighting between forces allied with the internationally recognised government and various armed groups, including ISIL.

"The current move is a continuation of the UAE's aid efforts in Libya since the beginning of the crisis there," said the statement, noting that the Red Crescent had already provided aid to Libyan refugees in neighbouring Tunisia.

Libya has descended into chaos since the 2011 ousting of longtime leader Moamer Kadhafi, allowing extremists to gain ground in the oil-rich country.

It has had two rival administrations since mid-2014 when an armed alliance overran the capital, setting up its own authority and forcing the internationally recognised parliament to flee to Libya's remote east.