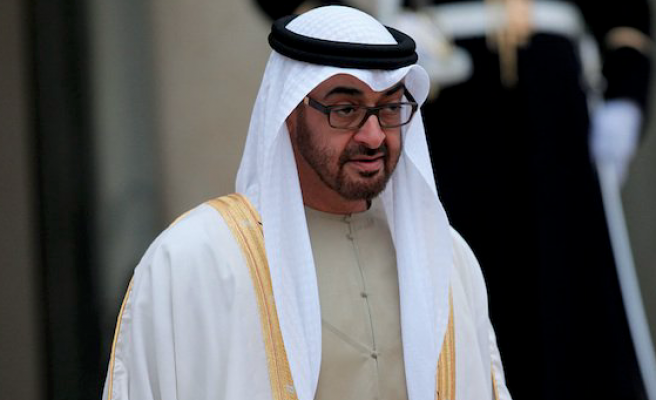 Abu Dhabi Crown Prince Sheikh Mohammed bin Zayed on Tuesday vowed to support Lebanon against what he described as “regional challenges and interference”.

He made the assertion at a meeting with Lebanon’s newly-resigned prime minister, Saad Hariri, who arrived in the United Arab Emirates (UAE) from Riyadh on Tuesday for an hours-long visit.

"The UAE stands by Lebanon in the face of regional challenges and interference that impedes its development and threatens the security of its people," bin Zayed told Hariri, according to the UAE’s official WAM news agency.

At the meeting, Hariri also briefed bin Zayed on the latest political developments in Lebanon, the news agency added.

The crown prince, for his part, wished Hariri "success in steering Lebanon out of its current crisis and achieving the aspirations of the Lebanese people”.
Hariri responded by thanking the UAE leadership for its "steadfast support for Lebanon in various circumstances with a view to strengthening its unity and ensuring its security”.

Hariri's press office said in a statement carried by Lebanon’s official news agency that Hariri had set out for Riyadh -- again -- shortly after meeting the crown prince.

On Saturday, in a televised address delivered from Saudi Arabia, Hariri abruptly announced his resignation from the Lebanese premiership.

In his address, Hariri criticized Iran and its Lebanese ally Hezbollah, accusing them of sowing “sedition” in the region and meddling in Arab affairs.

Hezbollah chief Hassan Nasrallah, meanwhile, has said there was “no reason” for Hariri to step down, accusing Saudi Arabia of forcing him to resign.