A little over 36,000 people, or 28 percent of those eligible, had cast their ballots by the time polls closed. 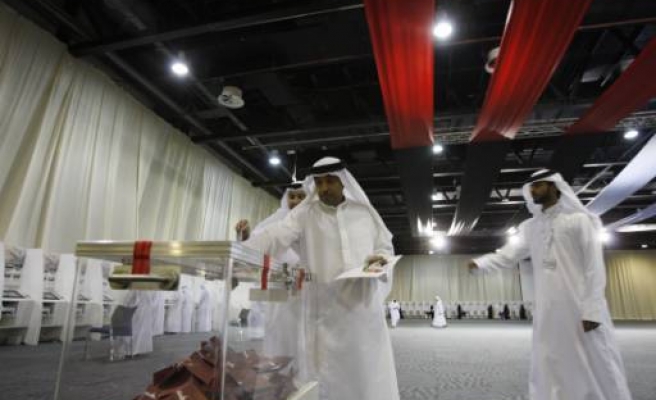 Just over a quarter of eligible voters cast their ballot for the second election held in the United Arab Emirates for an advisory council that the Gulf Arab state hopes will forge closer links between its rulers and the people.

Half the seats in the 40-seat Federal National Council (FNC) were contested by 468 candidates seeking the votes of the 129,000-strong electorate -- just 12 percent of the Emirati nationals in the world's No.3 oil exporter.

A little over 36,000 people, or 28 percent of those eligible, had cast their ballots by the time polls closed.

"Some expected, including me, a bigger turnout," Anwar Gargash, the minister in charge of the election, told reporters in Abu Dhabi, the UAE capital.

Home to business hub Dubai and major oil producer Abu Dhabi, the small Gulf country has been virtually untouched by the Arab Spring, in which the heads of state in Tunisia, Egypt and Libya were toppled.

The vote is an attempt by the rulers of the seven emirates to introduce representation gradually. The 20 other members of the council are directly appointed and the body only has advisory powers.

Former FNC members have called on the UAE government to grant the assembly more powers and have the entire council elected.

In a partial concession, the government increased the number of citizens entitled to vote to 129,000, nearly 20 times as many as could vote in the country's first elections in 2006. It has not made clear how the voters or candidates were chosen.

In the final tally one woman -- Sheikha al-Ari of Umm al-Quwain -- won a seat and many other candidates, all men, were elected to the council along tribal or family lines.

"We would have liked that more than one woman win," Gargash said. "I can see that we are still in the stage of traditional networking because a group of the winners won through direct interaction with people."

In Ras al-Khaimah, one of the less wealthy emirates, four members of the Tunaiji clan stood outside the emirate's polling station despite the simmering desert heat.

"I voted only for my brother to give him more chances to win," Ahmed Ali al-Tunaiji, 37, said. "A lot of people vote for the son of the clan."

Members of Abu Dhabi's al-Ameri tribe won three out of four seats up for grabs in the emirate.

In the run-up to elections, the government held seminars teaching candidates about the rules of campaigning, but many still appear to lack a basic understanding of the FNC's constitutional powers.

Some promised to introduce new legislation, even though only government ministries are allowed to do so.

Abdulkhaleq Abdulla, a UAE political scientist, said the UAE rulers should change their gradual approach to political reform. "The leadership should speed up the process," he said. "There's no need for this gradual approach."

He said the next election should be open to everyone eligible to vote and the entire assembly should be elected.

"We are taking steady steps," Sheikh Mohammed, who is also UAE vice president, told reporters as he toured a polling station. "By God's will, we will continue progress and (expand) the powers of the Federal National Council."

The UAE held its first elections in 2006 when less than 7,000 voted for half the assembly's members. Then too, only one woman, Amal al-Qubaisi of Abu Dhabi, won a seat.

The assembly's first session will be held in October.