Saudi Arabia's sovereign wealth fund is a big shareholder in Uber, investing $3.5 billion in the company in 2016 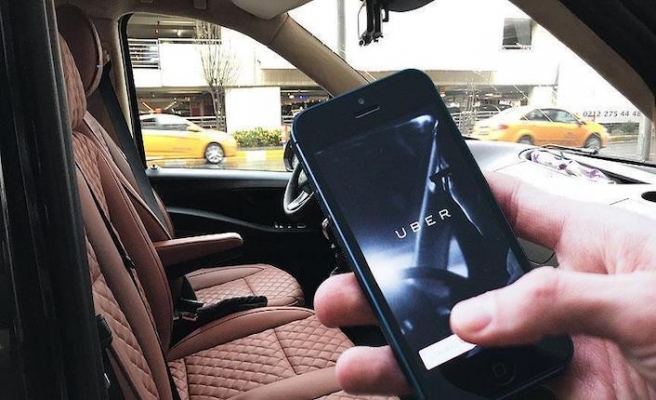 The chief executive officer of ride-sharing company Uber said late Thursday he will withdraw from a major business conference in Saudi Arabia as questions mount over the country’s role in the disappearance of journalist Jamal Khashoggi, CNN Business reported.

"I'm very troubled by the reports to date about Jamal Khashoggi," Dara Khosrowshahi said in a statement.

"We are following the situation closely, and unless a substantially different set of facts emerges, I won't be attending the FII conference in Riyadh," he added.

The report noted his announcement is significant because Saudi Arabia's sovereign wealth fund is a big shareholder in Uber, investing $3.5 billion in the ride-hailing startup in 2016.

The Future Investment Initiative is hosted by Saudi Crown Prince Mohammed bin Salman and is part of his Vision 2030 plan to break the country's reliance on oil. Khosrowshahi was scheduled to speak about the future of transportation at the event, the report said.

Khosrowshahi is the latest high-profile figure to pull out of the conference due to increasing concerns about Washington Post journalist Khashoggi, who was also a critic of the Saudi regime. Other big names include Viacom CEO Bob Bakish and Ariana Huffington of The Huffington Post, according to the report.

British billionaire Richard Branson said earlier Thursday that he was cutting business ties with the Saudi government over Khashoggi’s disappearance.

Branson and his Virgin Group have suspended talks with Saudi Arabia on a proposed $1 billion investment in Virgin’s space companies.

He said he would also be stepping down from his role as director of two Saudi tourism projects.

"What has reportedly happened in Turkey around the disappearance of journalist Jamal Khashoggi, if proved true, would clearly change the ability of any of us in the West to do business with the Saudi Government," Branson said.

Khashoggi, a Washington Post columnist, has not been heard from since Oct. 2 when he visited the Saudi Consulate in Istanbul, amid speculation he was killed by Saudi authorities.

On the same day, 15 Saudis, including several officials, arrived in Istanbul on two planes and visited the consulate while Khashoggi was also inside, police sources said. All of the identified individuals have since left Turkey.

Saudi authorities have yet to give a clear explanation of Khashoggi’s fate, while several countries -- particularly Turkey, the U.S. and the UK -- have expressed their desire that the matter should be elucidated as soon as possible.