UK foreign minister in Iran to push for Briton's release

Foreign Secretary Boris Johnson's visit was the first by a top British diplomat since 2015 and he was also due to discuss that year's landmark nuclear accord between Iran and world powers, whose future has been thrown into doubt by US President Donald Trump. 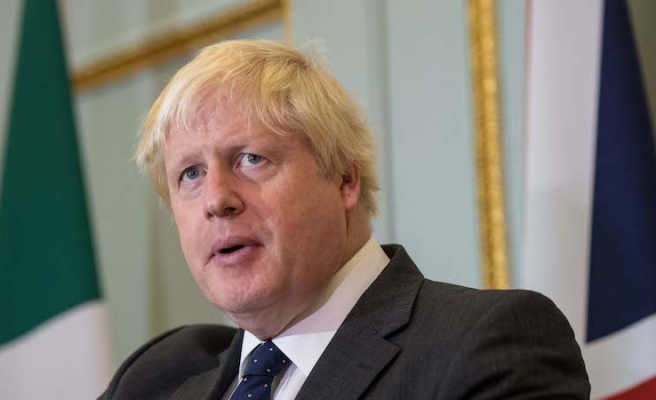 Britain's foreign minister arrived in Iran on Saturday to press for the release of British-Iranian woman Nazanin Zaghari-Ratcliffe amid accusations at home that one of his gaffes has seriously harmed her case.

"I will stress my grave concerns about our dual national consular cases and press for their release where there are humanitarian grounds to do so," Johnson said ahead of the visit.

Nazanin Zaghari-Ratcliffe, a British-Iranian citizen, was arrested at Tehran airport on April 3, 2016, after visiting relatives with her young daughter.

Iranian authorities accused her of links to mass protests in 2009, which she denies, and sentenced her to five years in jail for sedition. They do not recognise dual nationality.

Last month, they filed additional charges of "spreading propaganda" and will present her in court again on Sunday.

Her case has become highly politicised, especially after a "slip of the tongue" by Johnson last month when he stated that Zaghari-Ratcliffe had been training journalists in Iran, which has been used by the Iranian authorities to help justify the new charges.

Husband Richard Ratcliffe, who had lobbied to join Johnson on the visit, has raised concerns about his wife's mental health, citing the mounting toll of her prolonged incarceration in Tehran's notorious Evin prison.

Johnson is on a three-day trip to the region, stopping in Oman on Friday and moving on to the United Arab Emirates on Sunday.

It unfolds amid mass protests across the Muslim world over Trump's decision to move the US embassy in Israel to Jerusalem.

"Iran is a significant country in a strategically important, but volatile and unstable, region which matters to the UK's security and prosperity," Johnson said.

"While our relationship with Iran has improved significantly since 2011, it is not straightforward and on many issues we will not agree."

Britain severed diplomatic relations in 2011 after protesters stormed its embassy in Tehran in response to sanctions over the nuclear dispute.

The embassy was reopened in 2015 and full relations restored last year.