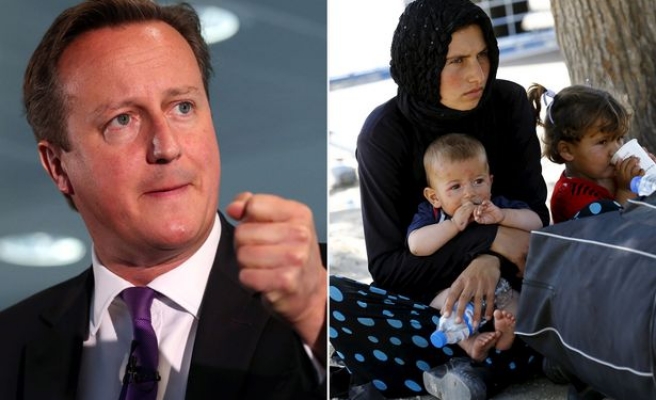 British Prime Minister David Cameron arrived in Jordan on Monday for a visit to a Syrian refugee camp and talks with King Abdullah II, the foreign ministry in Amman said.

In Jordan, he toured Zaatari, a sprawling desert camp in the north of the kingdom which is home to nearly 80,000 Syrian refugees.

Lebanon and Jordan have complained that their resources have been stretched to breaking point by the influx of refugees from Syria, and UN agencies have repeatedly appealed for donors to help them aid needy Syrians.

Earlier this month, the UN food agency said it had ceased assistance to 229,000 Syrian refugees in Jordan because of a lack of funds.

Syria's civil war broke out four and a half years ago when President Bashar al-Assad brutally cracked down on peaceful protests against him and people took up arms.

It has claimed more than 240,000 lives and driven nearly half of Syria's people from their homes. Some four million people have fled abroad, primarily to neighbouring Jordan, Lebanon and Turkey.