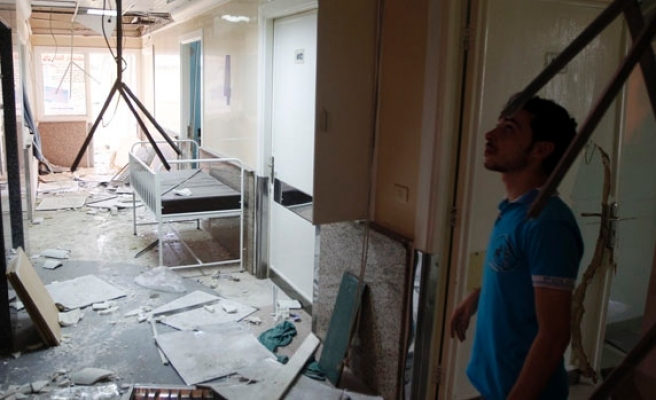 In a statement on Tuesday condemning actions by the President Bashar al-Assad regime and Russia in Aleppo, Hammond called for an urgent investigation into Monday’s bombing of medical facilities in the region.

Dozens of civilians including children were killed during the strikes, which also hit two schools, according to a United Nations spokesman.

Hammond said that Russia needed to “explain itself” and demonstrate it was committed to ending the conflict, rather than fueling it.

“The reported airstrikes conducted on hospitals in northern Syria in recent days could amount to war crimes and must be investigated,” he said.

“I am appalled that the Assad regime and its Russian supporters are still bombing innocent civilians despite the agreement last Thursday to a cessation of hostilities and even as the U.N. Envoy for Syria is in Damascus trying to relieve the killing and suffering.”

He added: “I call on all parties to commit to making rapid progress towards a cessation of hostilities, humanitarian access and negotiations towards a political transition, as agreed at last week’s meeting of the International Syria Support Group in Munich.

“There must be a major change in behaviour by the Syrian regime and its supporters if the agreements reached in Munich are to become a reality. Russia’s tactics are making a political settlement – and therefore the defeat of ISIL – even harder to achieve.”