Umrah season to start on Nov 13 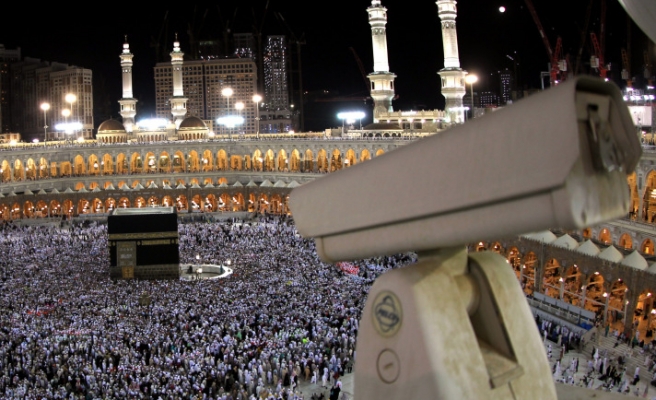 The last batch of pilgrims, who performed Hajj this year, left the Kingdom on October 28.

“Only 15 days separate the end of Hajj and the beginning of the Umrah season,” spokesman of the Hajj Ministry Hatim Al-Qadi told Makkah daily on Tuesday.

He said the ministry uses this interval to review its final plans for the season and to inform the Hajj companies of any new arrangements.

“The ministry avails the lapse of 15 days to go again over its plans formulated as early as September so as to ensure the success of the season and provide pilgrims with the services that will enable them to do their rituals in ease, peace and comfort,” he said.

Qadi said the new Umrah plans were made after taking into consideration the remarks and observations of the previous season.

He noted that the citizens and expatriates living in Saudi Arabia usually avail themselves of this period to perform Umrah or visit Madinah as the two holy cities will not be too crowded.

The ministry provides the Umrah pilgrims coming from outside with a package of services beginning with the travel date, the air carrier, location of accommodation and its distance from the Grand Mosque or the Prophet’s Mosque, number of beds in each room, date of proceeding to Madinah, sustenance and the date of final departure.

The Umrah visa is normally valid for two weeks. The ministry also closely watches the service-providing companies to ensure that they are committed to providing the pilgrims with the services agreed upon.

Any company which fails to provide excellent services to the pilgrims will be prevented from contracting new pilgrims for the entire season.

Recently, Hajj Minister Bandar Al-Hajjar said a new Umrah system and its executive bylaws will be issued soon with a view to increase the number of pilgrims every year.

He said as many as 1.25 million pilgrims are expected to arrive every month compared to the present number of 400,000.

Hajjjar said the new system is aimed at increasing the number of pilgrims so as to fully utilize the gigantic projects implemented by the government of the Custodian of the Two Holy Mosques.

Hajjjar said the ministry will continue to use its e-portal under which procedures to issue visa will not take more than a few minutes.