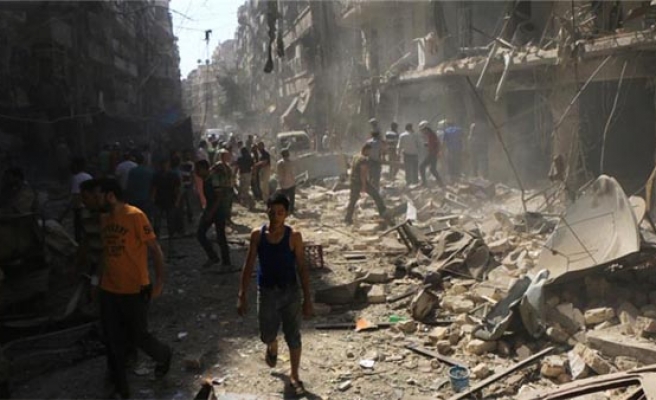 About 13.5 million people in Syria are now in need of humanitarian assistance and some sort of protection –an increase of 1.2 million in just 10 months, the UN aid chief said Tuesday.

Stephen O'Brien told the Security Council that more than 6 million of those in need are children.

"There are now some 6.5 million people displaced inside Syria. In addition, nearly 4.2 million have fled the country, with neighboring countries in the region bearing an enormous burden," he said.

Neighboring Turkey is now the world’s largest refugee-hosting country with more than 2 million Syrian refugees on its soil.

"This is one of the largest displacement crises of modern times. Fighting and violence has forced over half of the people in Syria from their homes in a period of just over four years, many of them multiple times," O'Brien said.

Europe is also facing its biggest refugee crisis since the Second World War, with thousands of asylum seekers from Middle Eastern and African countries trying to flee war and persecution.

O'Brien said more than 50 percent of the 680,000 arrivals by sea in the Mediterranean this year are Syrians, adding that these people "have a right to seek asylum without any form of discrimination".

He also said that at least 120,000 people had been displaced in northern Syria since early October as result of aerial bombardment, as well as ground offensives among the parties.

"This includes some 45,000 people displaced from the southern outskirts of Aleppo city to relatively safer areas to the west and south following a government forces offensive over the last week", he added.