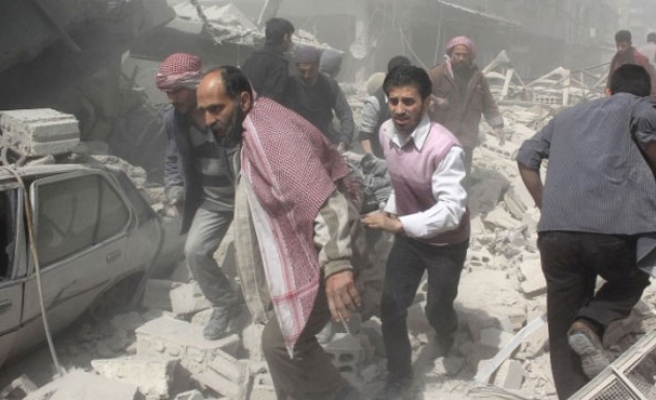 "I am appealing to the Council to look seriously at all the options at its disposal which could help to bring an end to the violence in Syria, stop the violations of international law, protect civilians and ensure humanitarian access," Amos said while briefing the Council on the humanitarian situation in Syria.

She asked the 15-member body to consider a series of measures including an "arms embargo and targeted sanctions for violations of international humanitarian law" and mandating "the negotiation of humanitarian pauses."

Syria has been gripped by constant fighting since the regime of Syrian President Bashar al-Assad launched a violent crackdown in response to anti-government protests in March 2011, triggering a conflict that has killed more than 220,000, including in excess of 10,000 children, according to the UN.

The conflict has also forced more than 3.9 million Syrians to seek refuge in neighboring countries.

Amos also called on the Council to demand that attacks on education and health facilities cease, and to "send perpetrators a clear message that their crimes will not go unpunished and demonstrate to the Syrian people that there will be justice for the crimes committed against them."

Regarding delivery of desperately needed humanitarian aid in the country, she said government forces "again removed all surgical supplies from the trucks destined for Ar Rastan in Homs governorate, depriving people of urgently needed treatments."

She said terrorist group ISIL also inhibited the delivery of aid last month, and "even prevented polio vaccines from reaching hundreds of thousands of children under 5 years old."

The unrest created by the civil war paved the way for terrorist groups to gain a foothold in the region.

In a statement issued Friday, the Security Council termed the Syrian crisis as the largest humanitarian crisis in the world that has begun to threaten security in its surrounding region.

"The Security Council further calls for coordinated international support to the neighboring countries hosting Syrian refugees," read the statement that also warned of further regional destabilization if the world fails to adequately address the conflict.

The Council has faced broad criticism for its failure to address the conflict in a way that would bring about a halt to the violence. Permanent Council members and allies of Syria's embattled President Beshar al-Assad – Russia and China – have blocked four attempts at action.