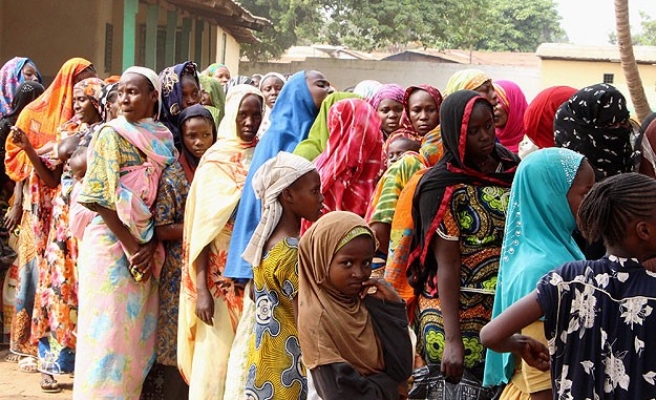 Fewer than 1,000 remain of more than 100,000 Muslims who once lived in the capital of the Central African Republic, after a campaign of violence by Christian militias, the U.N. aid chief said on Friday.

With 650,000 people displaced by the religious conflict, Valerie Amos said the United Nations had received much less than a fifth of the $551 million it asked for in December to provide food, medical care and shelter.

"That number we think has now gone down to 900. So we have to act very rapidly."

The Security Council on Thursday discussed a proposal for a nearly 12,000-strong peacekeeping force to stop the killing, but reached no decision. France is expected to submit a draft resolution within weeks, diplomats say, but the United States and Britain are concerned by the cost of a large force.

France has deployed 2,000 troops to support a 6,000-strong African Union peacekeeping mission in the country of 4.5 million people but they have failed to halt the violence.

"More troops are needed now to restore security and stabilise the country," Amos warned, adding that the deployment of a U.N. peacekeeping force would take at least six months.

Some 290,000 people, most of them Muslims, have fled across the border into neighbouring countries. In the west of the Central African Republic, many towns have lost their entire Muslim populations in an exodus to the north.

On Friday, three Muslims were lynched a Christian mob in Bangui, an Anadolu Agency reporter who saw the incident said.

According to the AA reporter, the incident occurred in the 8th district of Bangui when three Muslims were mistaken by a Christian mob for Chadians.