UN asks for sustained access to civilians of Yarmouk

UNRWA was again unable to distribute food and other humanitarian items today in Yarmouk Camp, Damascus. 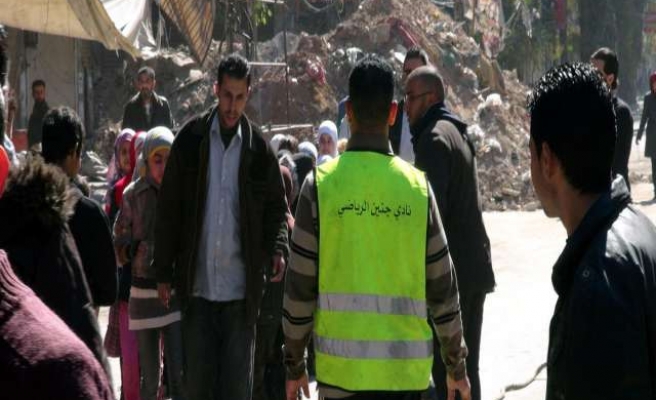 The U.N. said Saturday that it is still unable to distribute food and other humanitarian aid in the Yarmouk refugee camp in Damasscus after entry was suspended because of fighting in the camp a week ago.

Chris Gunness, a spokesperson for the UN Relief and Works Agency (UNRWA), which helps Palestinian refugees, said: "We have not distributed food there over a week now which is potentially life-threatening for the besieged civilians trapped by the conflict and desperately dependent on UNRWA for food and basic medicines."

"We have been able to distribute six and a half thousand food parcels since 18 January. But a food parcel lasts an average family about ten days, so those provisions will now be running out," Gunness noted. "Given the context, such as malnutrition which is reportedly widespread, the fate particularly of women and children is of growing concern."

Gunness called for a secure and sustained passage for the U.N. to provide humanitarian aid into Yarmouk.

The humanitarian situation at the besieged Yarmouk refugee camp is becoming an increasing concerning for the U.N., with 100 of its mainly Palestinian residents having died of starvation.

Prior to the outbreak of the conflict, the camp housed 250,000 people, including 150,000 registered Palestinian refugees.  Syrian government forces first blockaded the camp in July 2013, and have launched several military attacks in the months since.