'Regional and international actors could have united to help Syria stabilise rather than use it as a battlefield for regional rivalries and geo-strategic competition,' Ban Ki-moon says 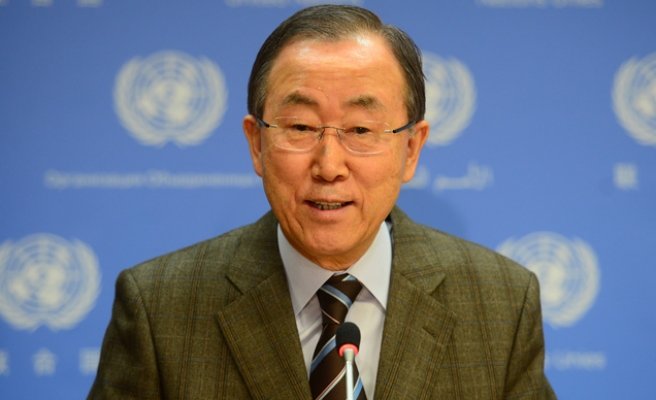 UN Secretary-General Ban Ki-moon said Tuesday that Syria's descent into war could have been avoided if regional powers had not used the conflict as a battlefield to settle scores.

In a statement marking five years since the start of the war, Ban warned that if peace talks fail, "the consequences for the Syrian people and the world are too frightening to contemplate."

The conflict in Syria began as street protests calling for political change that were met with repression, but the destruction that engulfed Syria "was not inevitable," Ban said.

The Syrian government could have responded peacefully to calls for change but regional powers are also to blame for fueling the war, he said.

"Regional and international actors could have united to help Syria stabilise rather than use it as a battlefield for regional rivalries and geo-strategic competition," he said.

Ban did not name countries, but the conflict in Syria has drawn in the United States along with Russia, Saudi Arabia and arch-foe Iran, Turkey and key European nations.

Four of the five permanent members of the Security Council -- Britain, France, Russia and the United States -- are involved in air campaigns over Syria.

After world powers came together to push for an end to the violence, "diplomacy is finally making a difference in the daily lives of the long suffering Syrians," Ban said.

The UN chief called on the parties at the Geneva peace talks to work toward achieving a succesful settlement and end "an unprecedented humanitarian catastrophe."

Ban renewed his call for the UN Security Council to refer Syria to the International Criminal Court for war crimes prosecutions.

A previous attempt at the council for ICC referral was blocked by Russia and China in May 2014.

"In Syria as elsewhere, peace without justice is not sustainable," said Ban.

More than 270,000 people have been killed in the war in Syria that has displaced half of the country's population and triggered a refugee crisis in Europe.