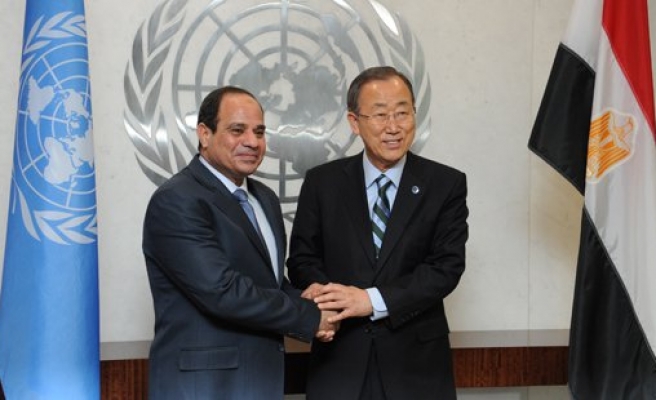 Ban and Sisi met on the sidelines of the UN General Assembly in New York, as more than 140 world leaders flocked to the city to attend the annual "general debate".

The UN chief "praised the decision of the president to pardon 100 prisoners, including the Al Jazeera journalists," read a statement issued by the UN spokesperson's office.

"[Ban] also called on President Sisi to exercise leadership in protecting human rights and human dignity in Egypt and in the region," it added.

Last week, the Egyptian leader pardoned 100 prisoners, including three Al Jazeera journalists who had been slapped with jail terms earlier this month for “spreading false news”.

A number of western governments and rights groups had called for journalists' release amid an international solidarity campaign led by Al Jazeera.

According to the New York-based Committee to Protect Journalists, at least 18 journalists remain behind bars in Egypt for doing their work.

The UN chief also appreciated Egypt's leadership role in the Israeli-Palestinian peace process, stressing on the need for rapid action to advance towards a peace agreement and reconciliation among the Palestinians.