U.S. Ambassador to the United Nations Samantha Power said there were worries that any undeclared chemical arms could fall into militants' hands. 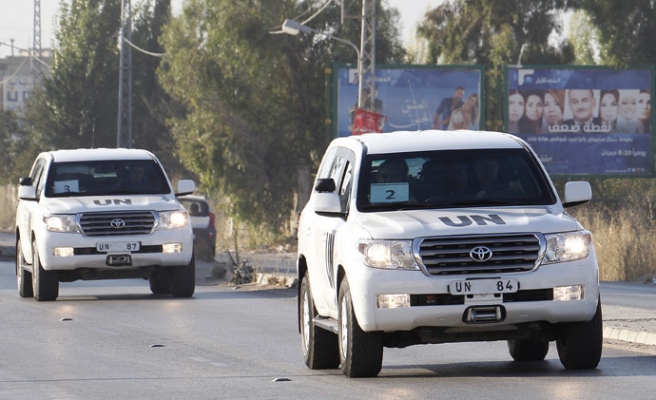 The United Nations said on Thursday that discrepancies and questions still surround Syria's chemical weapons declaration as the United States expressed concern that any omitted toxins could fall into the hands of the ISIL.

Sigrid Kaag, head of a joint U.N. and Organisation for the Prohibition of Chemical Weapons (OPCW) mission overseeing the destruction of Syria's chemical weapons, said that since President Bashar al-Assad's government submitted its original declaration late last year, Damascus had made four amendments.

"The declaration by the Syrian authorities themselves - there are still some discrepancies or questions that are being asked," she said after briefing the U.N. Security Council for the last time before the joint mission ends on Sept. 30. "It's a discussion that's continuing in Damascus as well as The Hague."

"There are concerns over possible discrepancies in volume and other such matters," she said. "I am heading back to Damascus in the coming period and we will also pursue that."

U.S. Ambassador to the United Nations Samantha Power said there were worries that any undeclared chemical arms could fall into militants' hands.

"The United States is concerned about all discrepancies, also the potential that there are real omissions in the declaration," Power, who is president of the Security Council for September, told reporters after Kaag's briefing.

"Certainly if there are chemical weapons left in Syria, there will be a risk that those weapons fall into (ISIL's) hands. And we can only imagine what a group like that would do if in possession of such a weapon," she said.

Kaag said 100 percent of the worst declared toxins had been destroyed, while 96 percent of the overall stockpile had been wiped out. Once the joint mission ends, the OPCW will continue to oversee the operation with U.N. support, she added.

Another 12 production facilities - seven hangars and five tunnels - are yet to be destroyed which could take up to six months, said Kaag. She also said that four of those were currently in "security affected" areas of Syria, which is in the fourth year of a civil war that has killed more than 191,000 people.

Syria agreed to destroy its chemical weapons a year ago under a Russian proposal, averting possible military strikes by the United States. The move followed global outrage over a sarin gas attack in Ghouta in August 2013 that killed hundreds.

The government and rebels blamed each other for the worst chemical weapon attack in a quarter century. Western powers blame Assad for the attack while Russia says rebels were likely responsible.