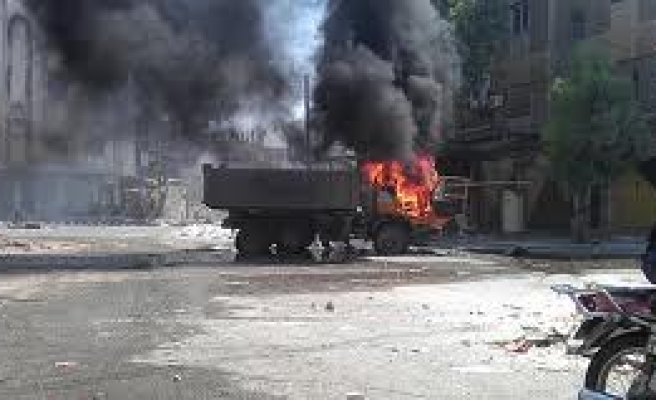 The United Nations Human Rights Council condemned indiscriminate and deliberate attacks against civilians and the deterioration of human rights in Syria, where more than 100,000 people have lost their lives during the 2.5 year-long civil war.

The top human rights body convened in Switzerland's Geneva to discuss the latest development in Syria. The Council on Friday adopted a resolution favored by 40 nations which denounced indiscriminate and deliberate attacks against civilians and the deterioration of human rights in Syria, calling those developments a breach of human rights.

The United Nations Independent International Commission of Inquiry on Syria said on September 11 in its report that it had confirmed at least eight massacres perpetrated in Syria by the regime and supporters of President Bashar Assad, as well as one by rebels over the past year and a half.

The UN slammed the Syrian regime over its refusal to cooperate with an independent investigative team, and urged the regime to collaborate with the team and allow it to visit the country without prevention.

The resolution condemned in the strongest terms the human rights breach by the Syrian regime and also the opposition forces. It also voiced full support for Lakhdar Brahimi, the United Nations and Arab League Envoy to Syria.

The resolution also called for the persons responsible to be held accountable and for nations to back such efforts. It denounced the use of chemical weapons in Syria in reference to the August 21 attack on a Damascus suburb where more than 1,000 people lost their lives.