UN council condemns use of force by Syria

The document, agreed after three days of hard bargaining instead of a full council resolution, urged Damascus to fully respect human rights and comply with its obligations under international law. 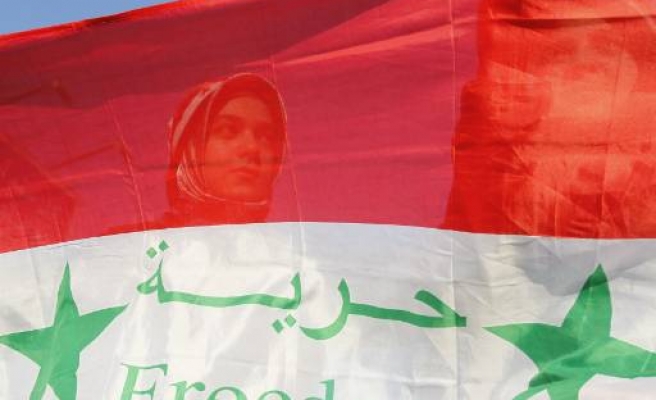 The only dissenter in the council was Lebanon, where Syrian influence is strong. Beirut disassociated itself from a formal statement, agreed by the other 14 members, that backers said helped to isolate the Syrian leadership.

The statement, read out to a council meeting by Indian Ambassador Hardeep Singh Puri, this month's president of the body, "condemns widespread violations of human rights and the use of force against civilians by the Syrian authorities."

The document, agreed after three days of hard bargaining instead of a full council resolution that the West would have preferred, urged Damascus to fully respect human rights and comply with its obligations under international law.

It called for "an immediate end to all violence and urges all sides to act with utmost restraint, and to refrain from reprisals, including attacks against state institutions."

That phrase was a gesture to Russia and other countries that had called for a balanced statement that would apportion to blame to both sides for the violence in the uprising against President Bashar al-Assad. Syria says it faces opposition by armed extremists.

Lebanese envoy Caroline Ziade told the council the Western-drafted statement "does not help in addressing the current situation in Syria." Statements are meant to be unanimous, meaning Lebanon could have blocked it, but by simply disassociating itself Beirut allowed the statement to pass.

The statement was adopted as the White House hardened its stance against Assad. Spokesman Jay Carney said the Syrian leader was "the cause of instability" in the country.

"The Assad regime has been counting on the fact that the Security Council would be unable to speak ... and that they would have protectors and defenders that would make it impossible for ... condemnation to emerge," said U.S. Ambassador Susan Rice. "And surely they must be quite surprised and disappointed by the outcome."

Syrian tanks on Wednesday occupied the main square in central Hama, where rights campaigners say the death toll now stands at more than 90 since Assad launched a military assault on the city on Sunday.

Russia and its supporters eventually agreed to Security Council action but insisted that it be just a statement, which carries less clout than a resolution, diplomats said.

The statement ends weeks of frustration for Western nations, which had faced a threatened veto of their resolution by Russia and China and had been unable to persuade temporary council members Brazil, India and South Africa to support it.

Russia had argued that it did not want a repeat of a March 17 council resolution on Libya that was cited by Western countries as justification for air strikes on the forces of leader Muammar Gaddafi. Moscow said that was an abuse of the terms of the resolution.

The bloodshed in Hama appeared to have broken the logjam in the council, diplomats said. The agreeing of the statement signaled limits to Russia's backing for Damascus as the death toll in Syria passes 1,600, according to rights activists.

The statement contains no provision for sanctions or other punitive measures against Syria, nor does it call for a referral of Syrian leaders to the International Criminal Court, as some human rights groups have demanded.

The only future action provided for is a request to U.N. Secretary-General Ban Ki-moon to report back to the council within seven days on the situation in Syria. It does not specify what follow-up there might be to his report.

British Ambassador Mark Lyall Grant, however, said the Security Council "will continue to watch the situation closely and to consider further action as necessary ... So, we expect to see a change in the approach of the Syrian regime."