UN delegation to travel to Damascus next week

Head of the UN chemical weapons investigation team Sellstrom will travel to Syrian capital Damascus next week to cover allegations that chemical arms have been used in Syria. 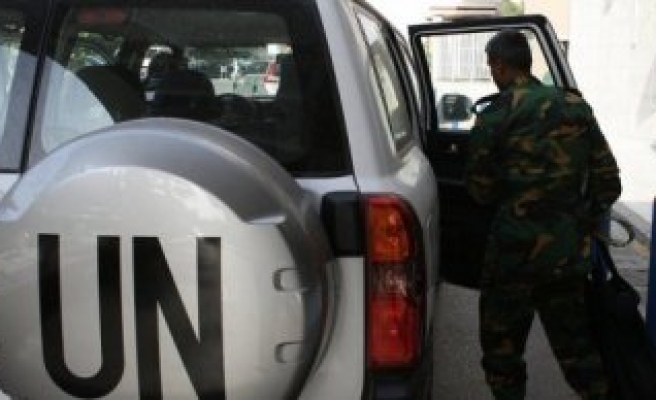 Head of the UN chemical weapons investigation team, Ake Sellstrom and High Representative for Disarmament Affairs, Angela Kane will head to Syrian capital Damascus next week upon the invitation of Syrian government to cover allegations that chemical arms have been used in Syria.

Spokesperson for the UN Secretary General,  Martin Nesirky told reporters Wednesday that the delegation headed by High Representative for Disarmament Affairs and the Head of the UN Mission to Investigate Allegations of the Use of Chemical Weapons in the Syrian Arab Republic would travel next week to Damascus, at the invitation of the government and stated that the purpose of their visit would be to complete the consultations on the modalities of cooperation required for the proper, safe and efficient conduct of the Mission.

"The Secretary-General hopes that the visit will result in a mutual understanding on the access for the Mission to conduct its fact-finding activities and establish the facts pertaining to the reports received by the Secretary-General concerning allegations of the use of chemical weapons in Syria" said Nesirky.

Previously, UN chief Ban appointed a delegation headed by Sellstrom to launch a technical investigation to determine whether chemical weapons were used in Syria as previously the Syrian government made an application to the UN over the same claim. With new arguments, the Syrian opposition filed an application to the Secretary General and demanded for investigation into the claims followed by US, France and Britain which also demanded a further investigation over those claims.

Supervening upon allegations, Russia's Ambassador to the UN Vitaly Churkin claimed that Syrian opposition had used chemical weapons back on March 19, in Khan al-Assal -- controlled by the government forces -- near Aleppo in northern Syria in their fighting.

On the other hand, the Syrian regime only asked for the claims to be investigated in the Khan al-Assal region and did not let investigation to carry on in other parts of the country.

Syrian regime has invited Sellstrom and Kane to Damascus in order to discuss the investigation of allegations.