Jamal Benomar arrived in Aden to meet with President Hadi. 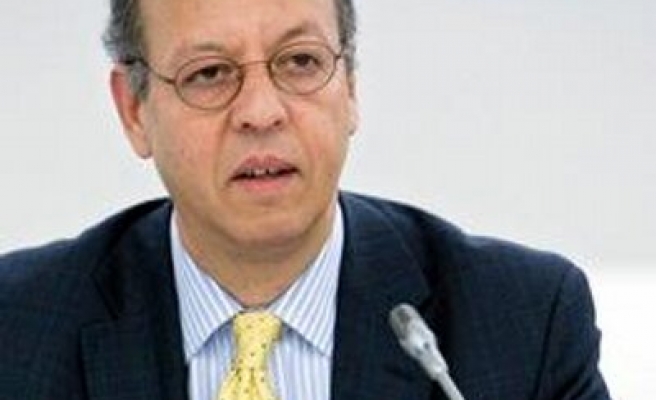 The official, who requested anonymity, told The Anadolu Agency that Binomar's talks with the Yemeni President would focus on latest developments in Yemen.

The UN official's visit to Aden comes only one day after the Secretary-General of the Gulf Cooperation Council, Abdelatif al-Zayani, visited it and met with Hadi.

Following the meeting, al-Zayani said Gulf States backed the legitimacy of the Yemeni President as well as Yemen's political process.

"Yemen's security is inseparable from the security of the Gulf," al-Zayani said.

He said the Gulf States were relieved by Hadi's successful departure from capital Sanaa, where he had been placed under house arrest by the Shiite Houthi group.

Hadi later arrived in the southern city of Aden.

Yemen began a new chapter of anarchy last September when the Shiite Houthi group took control of capital Sanaa before moving on to establish control in other provinces.

On Saturday, Hadi fled the capital – where he had been placed under house arrest by the Houthis – to the southern city of Aden.

Upon his arrival in Aden, he declared himself the country's "legitimate" leader, asserting that all Houthi decrees issued since last September were "null" and "illegitimate."

Hadi submitted his resignation to parliament on Jan. 23. The assembly, however, has yet to convene to accept or reject it.

Some Gulf States accuse Iran of backing a Shiite insurgency in fractious Yemen.