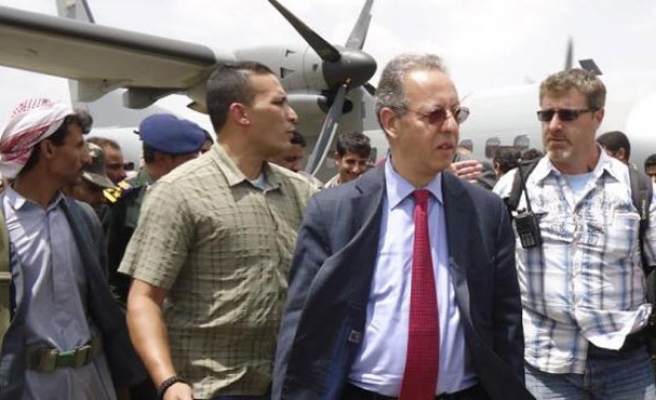 Jamal Benomar, the UN's special adviser on Yemen, arrived in Sanaa on Thursday for talks with Yemeni officials about recent political developments, a senior government source has said.

"Benomar will meet with senior officials and party leaders to discuss steps related to the country's political process," the source, requesting anonymity, told The Anadolu Agency.

Over the past two days, Sanaa has been rocked by clashes between Houthi militants and presidential guards near the presidential palace in Sanaa – which have left several dead – amid a seeming push by the Houthis to consolidate control over the country.

He called for the speedy reform of a national committee tasked with overseeing the outcome of a National Dialogue Conference that ended one year ago.

He also called for amendment of a draft constitution; implementation of an earlier peace and partnership agreement; and comprehensive reform of the nation's security apparatus.

One day later, Yemen's official news agency, which the Houthis had also seized earlier, reported that the presidency had vowed to amend the constitution and raise the number of seats in parliament's upper house within one week.