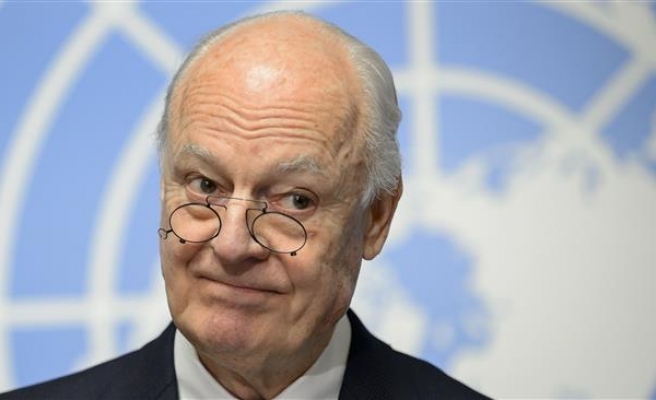 The UN special envoy for Syria has warned that the planned resumption of troubled peace talks next week was not realistic, a Swedish newspaper reported Friday.

"We need 10 days of preparations and invitations. But we will aim to do this soon," he said.

Indirect talks in Geneva between the Syrian government and the opposition collapsed on February 3 after a Russian-backed regime onslaught on the northern city of Aleppo, and a second round was pencilled in for February 25.

"Now the Americans and Russians must sit down and agree on a concrete plan on a cessation of hostilities," he said.

Asked about his comments, Geneva-based UN spokesman Michele Zaccheo told reporters: "I can't independently confirm it to you. At this stage, I would just take the special envoy at his word.

"The special envoy has gone on the record and I am not sure how much more of a confirmation is needed."