Russia said Wednesday it was ready to relaunch talks in Geneva with the United States following the collapse of a ceasefire. 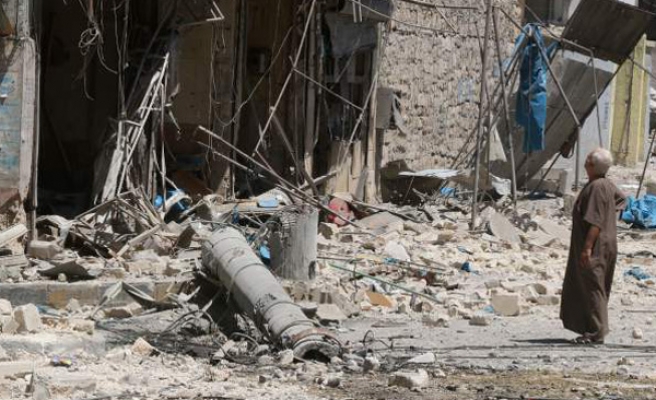 The UN envoy for Syria said Thursday there was little prospect of an imminent restart of negotiations to try to end the raging conflict.

"At the moment, when bombs are falling all over, it is very difficult to justify resuming talks," Staffan de Mistura said after he met Pope Francis at the Vatican.

But Washington threatened to suspend its engagement with Russia following escalating bombardments on rebel-held parts of the city of Aleppo.

De Mistura said he welcomed Francis's willingness to speak out over the attacks, after the pontiff warned on Wednesday that God would hold those responsible for the Aleppo bombing to account.

"We are in a very critical moment, that's why it is so essentially urgent to have the voice of people with the moral authority of the pope about the fact that there is no military solution," de Mistura said.

"You can't bomb your way to peace in Syria."

The Swedish official said he had not given up all hope of re-establishing a ceasefire.

"I do recognise that sometimes in war you can talk and have the war going on," he said. "At this moment it is the breakdown of an agreement which was the beginning of a new phase.

"I'm very worried and concerned that all this may lead to just a militarisation of the conflict but I m not pessimistic because I know there is no alternative (to talks)."