The United Nations envoy to Yemen Jamal Benomar has hailed the release of presidential chief-of-staff Ahmad Awad bin Mubarak as a "step" towards reducing tensions in the Arab country. Yemeni Houthi leader has called for meeting to solve the Yemeni crisis. 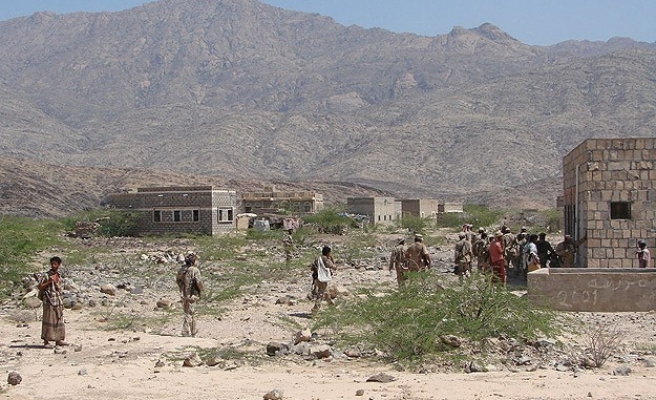 The release of the Presidential aide came shortly after a meeting between Houthi leaders and tribal representatives from the southern Shabwah province, during which the two sides reached a deal for bin Mubarak's release.

The United Nations envoy to Yemen Jamal Benomar has hailed the release of presidential chief-of-staff Ahmad Awad bin Mubarak as a "step" towards reducing tensions in the Arab country.

"The Special Adviser remarked that this news would help reduce tensions and enable progress in the on-going negotiations that he has been facilitating," Benomar said in a statement on Facebook on Tuesday.

Meanwhile on Tuesday, Abdel-Malek al-Houthi, leader of the Shiite Houthi group  called for a meeting on Friday to "review" Yemen's political and security situations and to take "important decisions".

"The resignation of President Abd Rabbuh Mansour Hadi is an unfortunate step intended to maneuver and blackmail, as well as circumvent the constitution and impose a fait accompli," al-Houthi said in a televised speech.

"A peaceful transition of power on the basis of the peace and partnership agreement is in Yemen's best interest and the people will not allow any domestic or foreign party to drag the country to division and collapse," al-Houthi said.

"The step undertaken by vigilante groups was necessary to foil a conspiracy that aimed at dividing Yemen," he added, in reference to recent clashes between Houthi militants and presidential guard units and the abduction of presidential chief-of-staff Ahmed Awad bin Mubarak, who was released earlier Tuesday.

An Anadolu Agency correspondent reported earlier that a meeting between Yemeni political factions and the Shiite Houthi movement was held in hopes of negotiating a solution to the country's ongoing political crisis, which could include the formation of a presidential council.

The meeting includes all Yemeni factions that signed on to an earlier peace and partnership agreement, including the six-party "Joint Meeting Parties" coalition.

Representatives of the General People's Congress, which is led by ousted President Ali Abdullah Saleh, also attended the meeting, along with members of the Shiite Houthi movement.

Sources privy to the negotiations said that one of the proposals to come out of the meeting was the formation of a presidential council tasked with managing the country's affairs in the upcoming period.

Another proposition was to accept the resignation of President Hadi and appoint Parliament Speaker Yahia al-Raie in his place, in accordance with the country's constitution.

Others have suggested that Hadi remain in office.

Last week, Sanaa was rocked by deadly clashes between Houthi militants and presidential guard units amid an apparent push by the former to consolidate their control over the country.

Hadi tendered his resignation last week shortly after Prime Minister Khaled Bahah and his government quit to protest the Houthis' takeover of the capital.

The Houthis seized control of Sanaa last September before moving on to establish control over other parts of the country.

The rise of the Houthis has pitted the Shiite group against local Sunni tribes and Al-Qaeda, the latter of which is said to remain active in the fractious country.

Yemen has remained in the throes of turmoil since Saleh stepped down in 2012 following a months-long popular uprising against his 33-year rule.