Zerrougui stated if the condition would remain the same in Syria, an illiterate Syrian generation would grow up, stressing the anger of children, who lost their hopes besides families and homes. 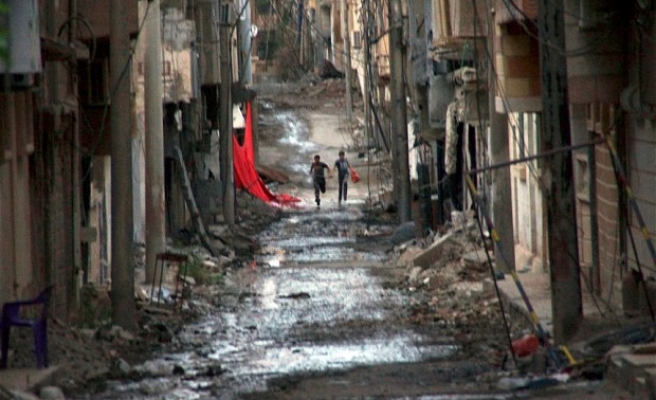 Leila Zerrougui, special representative of the Secretary-General for Children and Armed Conflict stated Monday it was unbearable to observe Syrian children without legs, kidneys and pancreases, having their mothers sit beside them in hospitals.

Speaking in a press conference in New York after a visit to the Syrians, Zerrougui said one day the country would come to peace, and those committing the atrocities would have to face justice.

“Officials and rebel commanders alike risk prosecution as war criminals for atrocities against minors.” Zerrougui said, “ I met parents whose children were killed in bombings, children who saw siblings die in front of them and teenagers who had fought with armed opposition groups.”

Zerrougui stated if the condition would remain the same in Syria, an illiterate Syrian generation would grow up, stressing the anger of children, who lost their hopes besides families and homes.

The excuse of "war against terrorism" would not decrease the responsibility, Zerrougui said, underlining their first objective during hearings with Syrian officials was to protect the children.

She said UN was verifying reports that armed groups were forcing some families to send their teenage children to war in exchange for protection. But many minors, Zerrougui said, were following relatives to war, making it important to convince commanders not to let such children join their ranks.

Saying Syrian government made a law to prevent child soldiers, Zerrougui stated however the children of opponents were imprisoned to cause pressure on families.

Around 7,000 children under the age of 15 have been killed during the Syrian civil war. Half of the 1.7 million Syrian refugees are children, and within the country over 3 million children are in desperate need of humanitarian aid.