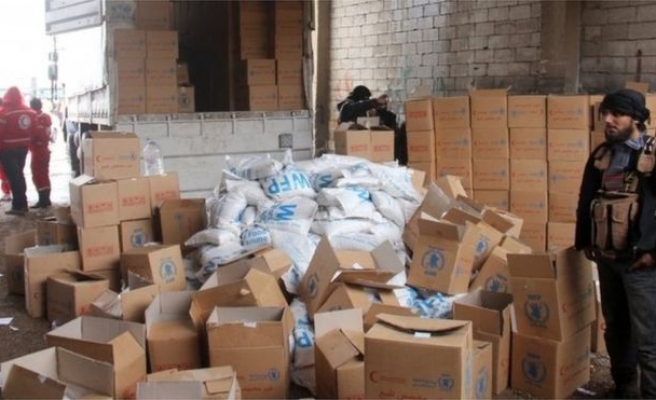 The UN’s first attempt to airdrop much needed food aid into the besieged Syrian city of Deir al-Zor was mostly a failure, the organization said Thursday.

Of the 21 pallets dropped by the UN’s World Food Program, Dujarric said 10 were unaccounted for and four were damaged as parachutes did not open on time.

It was unknown whether the remaining seven pallets reached their intended recipients.

He said one plane-load of aid was enough to feed 2,500 people for one month, and the pallets contained vegetable oil, lentils, rice and salt.

"Obviously the aim is to provide aid for about 200,000 people that are trapped in the city," Dujarric said, adding that there would be other airdrops in the coming days.

The UN says more than 400,000 Syrians live in besieged areas with little or no access to basic supplies amid a civil war that has claimed more than 250,000 lives.