The decision to pull blue-helmeted observers back to the Israeli side of the Golan Heights comes after recent clashes between members of the U.N. mission and militants 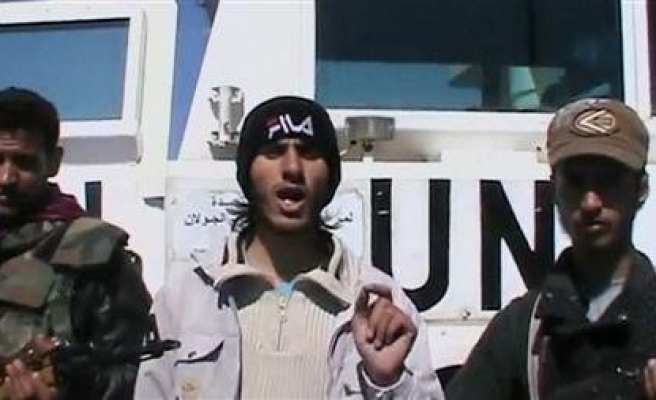 U.N. peacekeepers in the Golan Heights are pulling out from four positions and a camp on the Syrian side of the Syrian-Israeli border due to a severe deterioration of security in the region, the United Nations said on Monday.

The decision to pull blue-helmeted observers back to the Israeli side of the Golan Heights comes after recent clashes between members of the U.N. mission, known as UNDOF, and militants. The skirmishes have been due to increasing spillover from the three-year-old Syrian civil war.

"The situation in UNDOF on the Syrian side and the area of separation has deteriorated severely over the last several days," U.N. spokesman Stephane Dujarric told reporters.

"Armed groups have made advances in the area of UNDOF positions, posing a direct threat to the safety and security of the U.N. peacekeepers along the 'Bravo' (Syrian) line and in Camp Faouar," he said, adding that all U.N. personnel in those positions have been moved to the Israeli side.

According to a diplomatic source, troops pulled back from four positions in the northern part of the so-called area of separation.

"UNDOF continues to use all available assets to carry out its mandated tasks in this exceptionally challenging environment," Dujarric said.

UNDOF, which was established in 1974, monitors a ceasefire line that has separated Israelis from Syrians in the Golan Heights since a 1973 war.

Separately, a new U.N. report on UNDOF submitted to the Security Council, an advance copy of which was obtained by Reuters, said the Syrian military and various armed groups have increased their presence along the ceasefire line in violation of the 1973 truce, forcing the mission to abandon key positions.

That was "significantly impacting the mission's ability to carry out its mandate," it added.

There was no suggestion that UNDOF was shutting down. Late last month, 45 Fijian peacekeepers were kidnapped by members of theNusra Front, militants fighting the Syrian army. They were released last week. At the time the Fijians were abducted, 72 UNDOF Filipino peacekeepers were trapped by the militants, though they succeeded in escaping.

Syria and Israel technically remain at war. Syrian troops are not allowed in the area of separation, a narrow strip of land running about 45 miles (70 km) from Mount Hermon on the Lebanese border to the Yarmouk River frontier with Jordan.

UNDOF monitors the area of separation, with about 1,220 peacekeepers from six countries.

Before the Syrian civil war, now in its fourth year, the region was generally quiet and the peacekeepers had mostly found their biggest enemy to be boredom.

The force's personnel come from Fiji, India, Ireland, Nepal, Netherlands and the Philippines. The United Nations said last month that the Philippines has decided to pull out of UNDOF and from a U.N. force in Liberia, which is struggling with an outbreak of the deadly Ebola virus hitting several West African countries.