UN investigators say they will publish the names of Syria war crimes suspects push for new routes towards international justice. 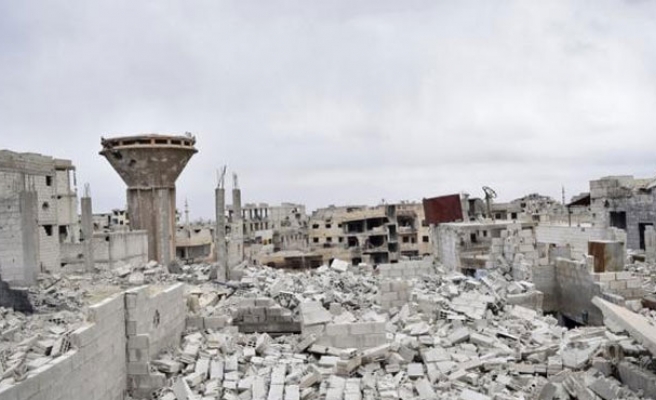 United Nations war crimes investigators announced a radical change of strategy on Friday, saying they would publish names of suspects involved in Syria's four-year war and push for new routes towards international justice.

Diplomatic sources said the independent Commission of Inquiry, led by Brazilian investigator Paulo Pinheiro, may publish some or all of hundreds of names on secret lists of suspects at the U.N. Human Rights Council on March 17.

The investigators have already drawn up four lists including military and security commanders, the heads of detention facilities, and commanders of non-state armed groups, including the so-called "emirs" of radical groups, they said. They now have a fifth list ready.

"After four years of intensive monitoring and the submission of four confidential lists of perpetrators, however, not to publish names at this juncture of the investigation would be to reinforce the impunity that the Commission was mandated to combat," they said in a report to the Human Rights Council.

In the report, the latest in a series documenting human rights abuses such as torture, sex crimes, murder and the use of child soldiers, the team said the countries backing the warring parties in Syria were to blame for the worsening violence and the gains made by extremists.

"In the light of the manifest failure of the government to protect its population from gross human rights abuses, the international community, through the United Nations, bears the responsibility of protecting the Syrian population from such crimes," the report said.

The inquiry has repeatedly called for Syria to be referred to the International Criminal Court, but with that avenue blocked by divisions on the U.N. Security Council, it said an international ad hoc tribunal should be urgently considered instead.