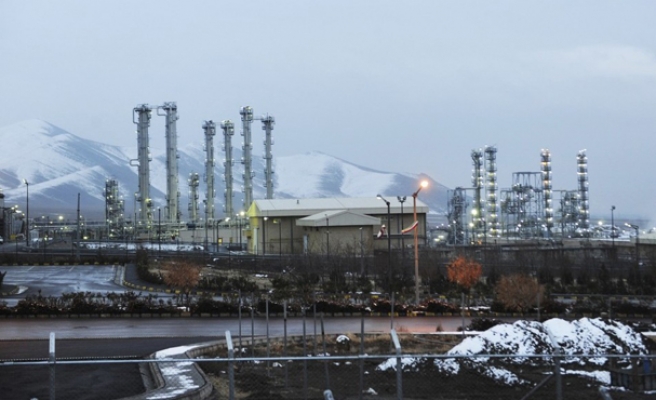 A senior inspector from the International Atomic Energy Agency (IAEA) will visit the Saghand uranium mine in central Iran and the Ardakan milling plant, where the ore is separated from other elements, ISNA news agency reported, quoting Behrouz Kamalvandi, the spokesman of Iran's atomic energy organisation.

There was no immediate comment from the IAEA, a Vienna-based U.N. agency set up to prevent the spread of atomic arms.

IAEA access to such sites is seen as important as the uranium they produce, once refined, can be used in both nuclear power plants and, after further processing, nuclear bombs.

Iran says its nuclear programme is entirely peaceful and denies Western and Israeli allegations that it seeking to develop the capability to make nuclear weapons.

After years of an increasingly hostile standoff between Iran and the West, the Islamic Republic and six world powers reached a breakthrough agreement in November to curb the country's nuclear activities in exchange for some sanctions easing.

They aim to negotiate a permanent settlement by late July to settle a dispute that has raised fears of a Middle East war.

Separately, the IAEA and Iran late last year struck a transparency accord intended to allay concerns that Iran may have worked on designing a nuclear warhead. The deal raised hopes of progress in a long-stalled IAEA probe.

The planned visits to Saghand and Ardakan are among seven measures the two sides agreed would be carried out by May 15, as part of a step-by-step process by Iran to provide greater access and more information to U.N. inspectors.

Diplomats and experts say the measures announced so far have been relatively easy for Iran to agree to but that it may become increasingly difficult as the U.N. agency presses for answers to sensitive questions on alleged atomic bomb research.

One such issue, about detonators that could be used to help set off an atomic explosive device, is also among the steps to be carried out by mid-May. It is unclear whether Iran has so far provided the information requested by the IAEA in this regard.

Western diplomats say Iran's agreement to start addressing IAEA concerns about what it calls the possible military dimensions to the country's nuclear programme is positive but that it needs to do so at a faster pace.

In 2011, the IAEA issued a 12-page report with a trove of intelligence information pointing to activities in Iran relevant to the development of nuclear weapons.

Although separate, the IAEA's and the powers' talks with Iran are still closely linked as both are focused on easing fears that Tehran may be seeking nuclear bomb capability.

The powers - the United States, France, Germany, Britain, China and Russia - want Iran to cooperate with the IAEA's investigation as part of any wider diplomatic accord to end the decade-old nuclear dispute.

Iran said in April last year that it had begun operations at the Saghand and Ardakan sites. It was not immediately clear if the IAEA has ever visited them.

IAEA reports in 2010 and 2011 only referred to satellite imagery of the sites, saying construction activities appeared to be continuing at the time.