A U.N. official said, that regional bodies such as the Arab League are key to reaching a long-term political solution to the crisis. 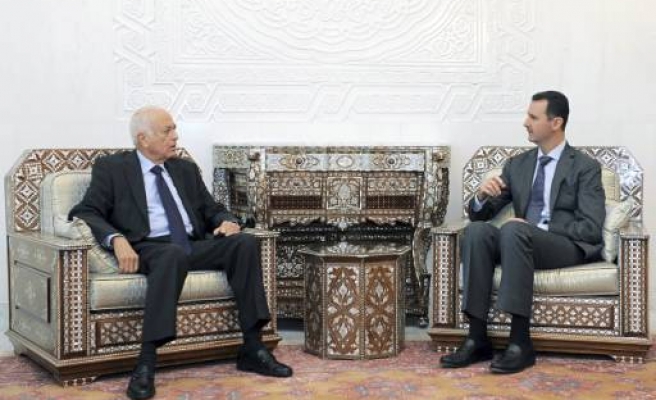 Syria has repeatedly blocked United Nations requests to admit human rights monitors, said a U.N. official who stressed that regional bodies such as the Arab League are key to reaching a long-term political solution to the crisis.

U.N. humanitarian affairs chief Valerie Amos said the organization had made clear it was "extremely concerned" about reports of human rights violations, but that the Syrian government had denied entry to rights investigators.

"The requests have repeatedly been made for a human rights mission into Syria. It hasn't yet happened but they have been made repeatedly," Amos told Reuters in an interview.

She added that a U.N. mission entered Syria last month but with only limited access.

French Foreign Minister Alain Juppe earlier on Sunday called the U.N.'s failure to agree on a resolution against President Bashar al-Assad's administration a 'scandal', but Amos said mediating the situation was not the U.N.'s responsibility alone.

"It's not just about the U.N... I do think that regional organizations like the Arab League are absolutely critical in relation to this, particularly in relation to any longer-term political reform and political developments," Amos said.

The Arab League has told Assad the violence must stop, but has not taken as hard a line as it did on Libya, where it backed a "no-fly zone."

Assad has sent in tanks and security forces to crush months of protests by activists demanding an end to his family's 41-year rule. The United Nations says more than 2,200 civilians have been killed since the clampdown began in March.

In a marked shift in rhetoric, Syrian protesters on Friday took to the streets calling for UN observers to stop civilian killings in what has become one of the bloodiest crackdowns on popular uprisings sweeping the Middle East and North Africa.

Arab League head Nabil Elaraby visited Syria on Saturday and agreed with Assad on a series of measures to help end the violence. Elaraby said he would present these measures to Arab foreign ministers for discussion.

Last month, a U.N. humanitarian mission allowed into Syria found there was an urgent need to protect civilians from excessive use of force, though the delegation was not given unfettered access.

"We were able to go in, but they were accompanied at every stage and because of the large crowds they weren't able in every place to speak to the people that they wanted to speak to," Amos said.