UN chief Ban Ki-moon said government forces "were responsible for the arrest, arbitrary detention and torture of children for their perceived or actual association with the opposition, and for using children as human shields." 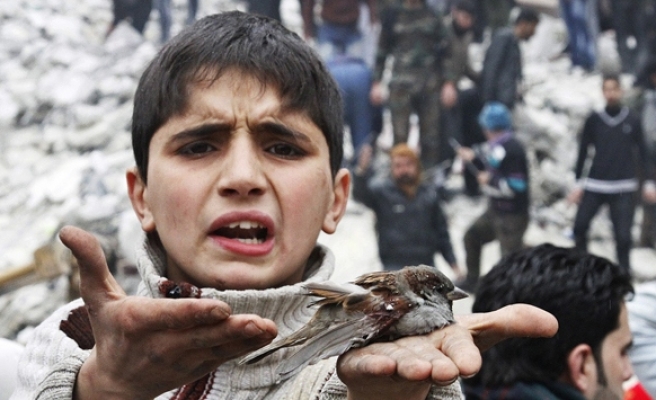 The report found that in the early stages of the nearly three-year conflict, the Syrian government troops were largely responsible for grave violations against children; then, as the conflict intensified and armed opposition became more organized they committed an increasing number of child abuses.

"The suffering endured by the children in the Syrian Arab Republic since the outset of the conflict, as documented in this report, is unspeakable and unacceptable," Ban said in the report, dated Jan. 27, which was posted online on Tuesday.

While the United Nations has previously accused both sides to the conflict of grave violations against children, this is the first report to the U.N. Security Council detailing the worsening extent of the problem. It covers the period March 1, 2011 to Nov. 15, 2013.

"Of particular concern were cases of recruitment or attempted recruitment of children within refugee populations in neighboring countries. The majority of incidents were related to recruitment by Free Syrian Army-affiliated groups or Syrian Kurdish armed groups," Ban said.

A loose alliance of moderate rebel groups form the Free Syrian Army, which is run by the Supreme Military Command. Western and Arab powers have tried to build it into a force to topple President Bashar al-Assad.

Saudi Arabia and Qatar have backed the Supreme Military Command with weapons, training, money and intelligence, while the United States and Britain have given non-lethal aid, such as like communications and transportation equipment.

The United States and Britain suspended non-lethal aid to northern Syria in December after reports that the fighters seized Western-backed rebel weapons warehouses, highlighting fears that supplies could end up in hostile hands.

But the United States is supplying light arms to moderate Syrian rebel factions in the south of the country and U.S. funding for months of further deliveries has been approved by Congress, according to security officials.

Ban said government forces "were responsible for the arrest, arbitrary detention and torture of children for their perceived or actual association with the opposition, and for using children as human shields."

The report found that some of the treatment children were subjected to included "beatings with metal cables, whips and wooden and metal batons; electric shocks, including to the genitals; the ripping out of fingernails and toenails; sexual violence, including rape or threats of rape; mock executions; cigarette burns; sleep deprivation; solitary confinement; and exposure to the torture of relatives."

A first round of peace talks in Geneva wound up on Friday without progress towards ending Syria's civil war or reducing the violence, which regularly kills more than 100 people a day. The government and opposition parties are due to meet for a second round of negotiations next week.

The United Nations estimates more than 100,000 people have been killed in Syria, including more than 10,000 children.