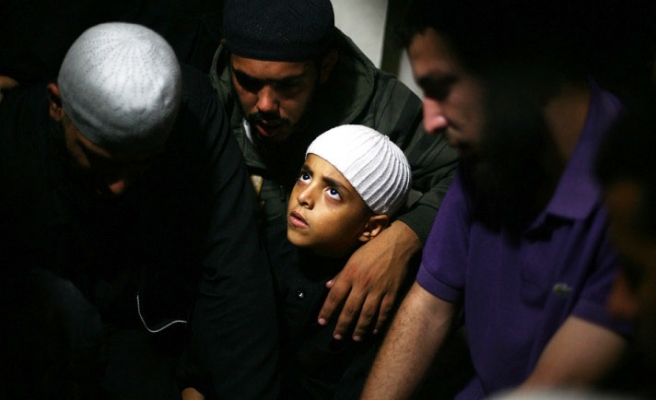 The United Nations human rights chief on Friday voiced serious doubts that Israeli's military operation against Gaza complied with international law banning the targeting of civilians, and called on both sides to respect the rules of war.

"We have received deeply disturbing reports that many of the civilian casualties, including of children, occurred as a result of strikes on homes. Such reports raise serious doubt about whether the Israeli strikes have been in accordance with international humanitarian law and international human rights law," Pillay said in a statement.

Israeli air strikes on densely populated Gaza killed 11 more people on Friday, raising the death toll from the four-day offensive to at least 100, most of them civilians, Palestinian officials said.

Pillay said that was against international law and called on Palestinian groups not to put military installations in or launch attacks from those areas.

Palestinian militants have fired more than 800 rockets and 61 mortars into southern Israel, she said. Nine Israeli civilians were hurt fleeing to shelters, according to media reports that her office has not been able to verify.

"In case of doubt, buildings ordinarily used for civilian purposes, such as homes, are presumed not to be legitimate military targets. Even where a home is identified as being used for military purposes, any attack must be proportionate, offer a definite military advantage in the prevailing circumstances at the time, and precautions must be taken," she said.

Her spokeswoman Ravina Shamdasani, speaking at a news briefing in Geneva, said: "So if there is even an iota of doubt, these are not legitimate military targets."

She added: "Making phone calls, giving advance notice to civilians so that they may leave such areas is one of the ways of doing this to ensure that civilians are not targeted."

Pillay, who visited Gaza and Israel in 2011, said at the time that both sides should be held liable for war crimes and that Israeli forces had committed crimes against humanity.

"Israel, Hamas, and Palestinian armed groups in Gaza have been down this road before, and it has led only to death, destruction, distrust and a painful prolongation of the conflict," Pillay said on Friday.

Summing up the damage in Gaza, Jens Laerke, spokesman of the U.N. Office for the Coordination of Humanitarian Affairs (OCHA), said: "More than 340 housing units in Gaza have been severely damaged or completely destroyed. As a result, more than 2,000 people have been displaced."

"Our aid workers on the ground report that people in Gaza are gripped by fear, the streets are empty and the shops are closed."

Gaza has enough wheat stocks to cover the needs of its entire population through the end of July, World Food Programme spokeswoman Elisabeth Byrs told Reuters in response to a query.

Doujbt legitimachy of defending one's country? What does sending ramdom rockets all over the place from Gaza into Israel suggest? Staying within some law? What a dumb pronouncement and it is this sort of thing that has brought scorn to the UN's odd way of viewing the world

The UNHRC has ZERO credibility and is without value or merit. Their words and opinions mean nothing.