A group calling itself the Supporters of the Islamic Caliphate posted a video on YouTube of around 30 bodies of young men piled up against a wall. 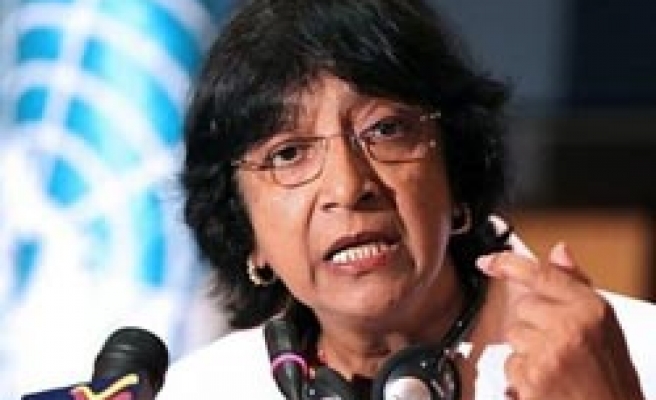 U.N. human rights chief Navi Pillay said on Friday she wanted an independent investigation into an apparent massacre carried out by Syrian opposition forces in the town of Khan al-Assal.

"Based on the analysis by my team to date, we believe armed opposition groups in one incident - documented by a video - executed at least 30 individuals, the majority of whom appeared to be soldiers," she said in a statement issued by her office.

A group calling itself the Supporters of the Islamic Caliphate posted a video on YouTube of around 30 bodies of young men piled up against a wall. It said they were militiamen who had supported President Bashar al-Assad.

Over 100,000 people have died in Syria's civil war. In the early months of the conflict Assad's forces were blamed for the documented human rights abuses, but the U.N. Commission of Inquiry on Syria now says both sides have committed atrocities.

"Opposition forces should not think they are immune from prosecution. They must adhere to their responsibilities under international law," Pillay said.

Pillay's office said its team in the region was continuing to investigate the circumstances and scope of the killings, and it had information from a reliable source that opposition fighters were still holding government officers and soldiers captured in Khan al-Assal.

The town is one of three sites due to be visited by another group of U.N. investigators, who are trying to find the truth about allegations that chemical weapons have been used in the conflict.