The flight of the drones in the airspace over the Golan Heights was a violation of the 1974 ceasefire agreement between Syria and Israel, U.N. spokesman Farhan Haq told reporters. 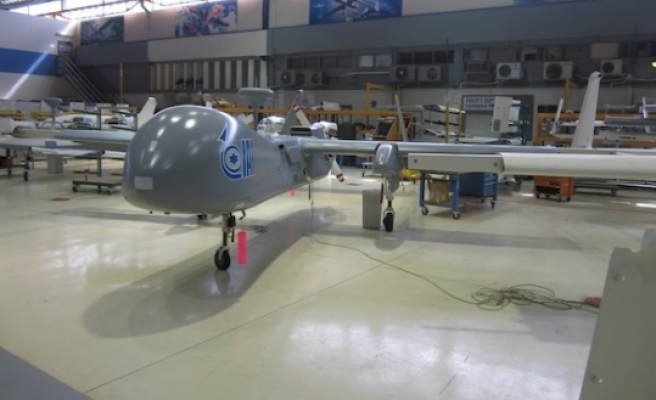 U.N. peacekeepers stationed in the Golan Heights along the Syrian-Israeli border observed drones coming from the Israeli side before and after an airstrike that killed top several Hezbollah figures, the United Nations said on Monday.

The flight of the drones in the airspace over the Golan Heights was a violation of the 1974 ceasefire agreement between Syria and Israel, U.N. spokesman Farhan Haq told reporters.

Lebanon's Hezbollah said on Sunday that an Israeli helicopter strike in Syria killed one of its commanders and the son of the group's late military leader Imad Moughniyah. It was a major blow that could lead to reprisal attacks.

Haq was asked if the U.N. observer mission deployed in the so-called area of separation in the Golan Heights, known as UNDOF, had seen anything. He said UNDOF had "observed two unmanned aerial vehicles (UAVs) flying from the Alpha side and crossing the ceasefire line."

The Alpha side refers to the Israeli-occupied part of the Golan. Haq said UNDOF saw the drones moving towards U.N. position 30, after which the U.N. observers lost track of them.

An hour later, he said, they saw smoke coming from position 30, though they were unable to identify the source of the smoke.

"Subsequently, UNDOF observed UAVs flying from the general area of position 30 and over Jabbata crossing the ceasefire line," Haq said. "This incident is a violation of the 1974 Agreement on Disengagement between Israeli and Syrian forces."

"We criticize all violations," he added, noting that the U.N. called on all sides to refrain from actions that could exacerbate already existing tensions.

Haq offered no details on whether the drones were for surveillance or could have been armed. He also did not explicitly say they were Israeli drones.

Sunday's strike hit a convoy carrying Jihad Moughniyah and commander Mohamad Issa, known as Abu Issa, in the province of Quneitra, near the Israeli-occupied Golan Heights, killing six Hezbollah members in all, a Hezbollah statement said.

Shi'ite Muslim Hezbollah, which is backed by Iran and fought a 34-day war with Israel in 2006, has been fighting alongside President Bashar al-Assad's forces in Syria's four-year civil war.

Israel has struck Syria several times since the start of the war, mostly destroying weaponry such as missiles that Israeli officials said were destined for Hezbollah, Israel's long-time foe in neighboring Lebanon.

The Syrian and Israeli U.N. missions did not respond immediately to requests for comment.