The five permanent members of the UN Security Council have reached an agreement on a resolution to require Syria to dismantle its chemical weapons stockpiles. 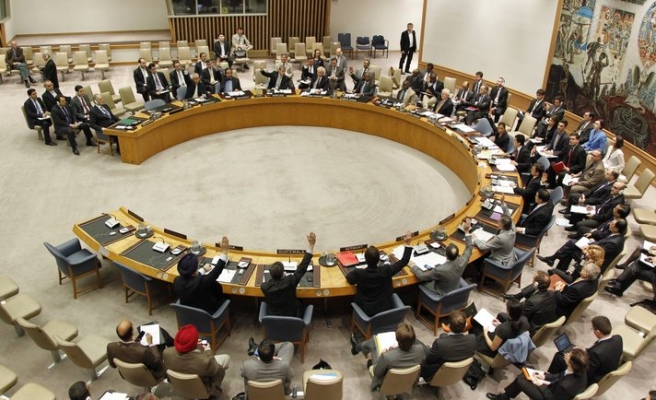 The five permanent members of the UN Security Council (P5) have reached an agreement on a resolution to require Syria to dismantle its chemical weapons stockpiles.

Britain's UN Ambassador, Mark L. Grant said on Twitter that the P5 countries agreed on a "binding and compelling" resolution to rid Syria of chemical weapons, and the resolution would be communicated to non-permanent members.

Following Grant's announcement, Gary Quinlan, the current Permanent Representative of Australia to the United Nations, and President of the UN Security Council for September, summoned all Council Members to an informal meeting at 8 pm EST.

The details are still being worked on, diplomatic sources say.

Meanwhile, it has been agreed to hold a meeting between P5+1 countries and Iran in Geneva on October 15 about Iran's nuclear program.

A senior State Department official said that, “Just two weeks ago, no one thought this was in the vicinity of possible. After close consultation with the P3 [the US, UK and France], the Russians have agreed to support a strong, binding and enforceable resolution that unites the pressure and focus of the international community on the Syrian regime to ensure the elimination of Syria’s chemical weapons.”

They added that, “This is historic and unprecedented because it puts oversight of the Assad regime’s compliance under international control and it's the first UNSCR to declare that the use of chemical weapons is a threat to peace and security. Equally as important, it makes absolutely clear that failure of the Assad regime to comply will have consequences.”

The official went on to say that the full 15-member Security Council would be consulted later Thursday on the resolution’s text.