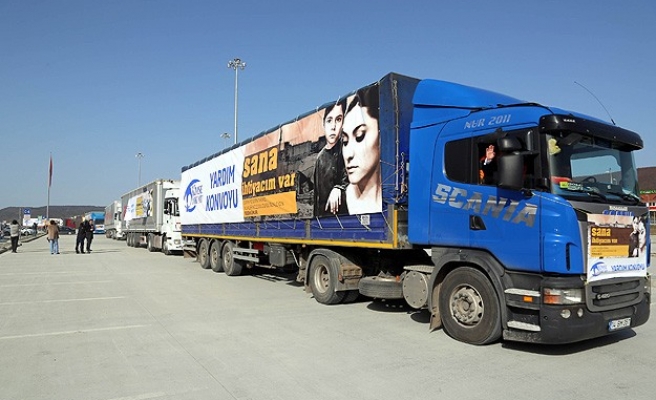 The U.N. Security Council on Monday authorized humanitarian access without Syrian government consent into rebel-held areas at four border crossings from Turkey, Iraq and Jordan, even though Syria has warned it deems such deliveries incursions into its territory.

"The consent of the Syrian authorities will no longer be necessary," Luxembourg's U.N. Ambassador Sylvie Lucas told the 15-member Security Council after the vote on the resolution, which was drafted by Luxembourg, Australia and Jordan.

The unanimously adopted resolution established for 180 days a monitoring mechanism for loading aid convoys in neighboring countries, which will notify Syria of the "humanitarian nature of these relief consignments."

The United Nations has said that about 10.8 million people in Syria need help, of which 4.7 million are in hard-to-reach areas. At least 150,000 people have died in Syria's civil war, which is now in its fourth year.

U.S. Ambassador to the United Nations Samantha Power accused the Syrian government of using denial of aid as "another weapon in its cruel and devastating arsenal against opposition-held areas."

Syria's government warned the Security Council last month that delivering aid across borders into opposition-held areas without its consent would amount to an attack.

"The Syrian Government counts on a neutral, effective and responsible role of the United Nations in dealing with the humanitarian situation in Syria, especially in terms of respecting the Syrian sovereignty," Syrian U.N. Ambassador Bashar Ja'afari told the council after Monday's vote.

The council acted on Monday because of the failure of a resolution it adopted in February demanding rapid, safe and unhindered aid access in Syria.

Syrian Coalition special representative to the United Nations Najib Ghadbian said in a statement, "The Syrian Coalition and our partner on the ground, the Free Syrian Army, stand ready to facilitate safe, direct access in the liberated areas under our control."

The United Nations said in April that to deliver aid across borders without government consent it would need a Chapter 7 resolution, giving the council authority to enforce decisions with economic sanctions or military force.

But diplomats, speaking on condition of anonymity, said the U.N. Office of Legal Affairs believes Monday's resolution is strong enough to allow the United Nations cross-border aid access without approval from Damascus.

Syrian-ally Russia has made clear it would block a Chapter 7 resolution. Russia and China have vetoed four resolutions threatening action against Syrian President Bashar al-Assad's government.

The new resolution allows aid deliveries across Al Yarubiyah on the Iraq border, Al-Ramtha from Jordan and Bab al-Salam and Bab al-Hawa from Turkey. The Turkish posts cross into territory held by an al Qaeda offshoot known as the Islamic State, which in the past month has seized swathes of Iraq and Syria.

Russian U.N. Ambassador Vitaly Churkin told the council aid deliveries could only be made under U.N. guiding principles for humanitarian relief, which "means that the sovereignty, independence and territorial integrity of Syria would be firmly complied with."

Russia, backed by China, supported the resolution after more than a month of negotiations. Key to winning their votes was weakening a threat of further measures, such as sanctions, if warring parties did not comply.

The language was watered down to say the council "affirms" rather than "decides" that it will "take further measures in the event of non-compliance." The Security Council would need to agree a second resolution to impose punishments.

Western diplomats, speaking on condition of anonymity, said the resolution was not as ambitious as the initial text, which demanded blanket cross-border access.