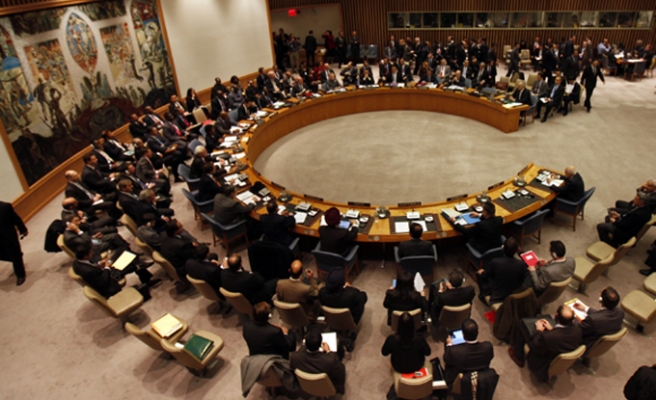 The UN Security Council is expected to vote Friday on a US-Russian draft resolution endorsing the Syria ceasefire, diplomats said.

The 15-member council is set to meet as of 2000 GMT to hear a report from UN envoy Staffan de Mistura and could vote on the measure at that session.

The draft text welcomes the truce as "a step towards a lasting ceasefire" and endorses the US-Russian agreement on the truce.

It "demands the cessation of hostilities to begin at midnight (Damascus time)" and renews a call to allow humanitarian aid to be delivered.

The measure urges all countries, in particular those involved in the Syrian peace process, to "use their influence with the parties to the cessation of hostilities to ensure fulfillment of those commitments."

De Mistura is due to report to the council, a few hours before the ceasefire is due to go into effect.

Russia and the United States have set a deadline of midnight Damascus time (2200 GMT) Friday for "the cessation of hostilities" between President Bashar al-Assad's regime and the opposition forces.

The deal excludes the ISIL group and the Al-Qaeda-linked Al-Nusra Front, which control large swaths of territory in Syria.

If the ceasefire takes holds, De Mistura hopes to convene a new round of peace talks next week, possibly on March 4.

The truce will also help UN agencies scale up deliveries of humanitarian aid to hard-to-reach areas across Syria's many frontlines.

Diplomats said the council members had until 11:00 am (1600 GMT) to provide comments on the draft resolution, with a view to prepare for a vote at the council meeting at 2000 GMT.

Prospects for the ceasefire appear shaky, with diplomats saying the complex arrangements stand little chance of being implemented.

US President Barack Obama warned Russia and Syria that the "world will be watching" when the ceasefire goes into force.

"Even under the best of circumstances, we don't expect the violence to end immediately," Obama said.

More than 260,000 people have died in Syria's conflict, which began in March 2011 with anti-government protests but has since imploded into a multi-sided proxy war.