600 tons of humanitarian aid will be distributed 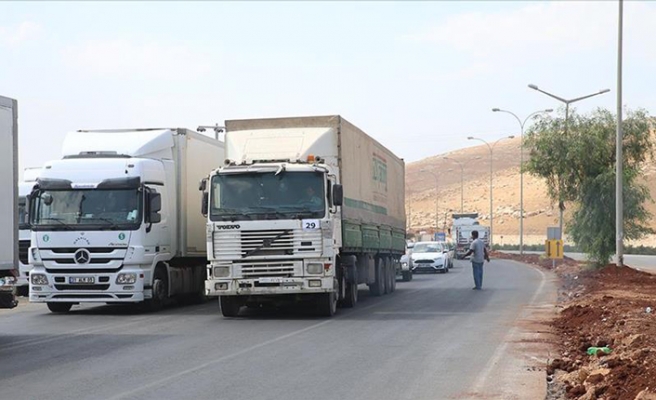 The UN has sent 30 trucks of humanitarian aid to Syria’s northwestern Idlib province on Thursday.

The convoy passed through the Cilvegozu border gate in southern Hatay’s Reyhanli district.

Some 600 tons of humanitarian aid will be distributed to people in need in Idlib and its rural areas.

Located near the Turkish border, Idlib province is home to more than three million Syrians, many of whom fled from other cities following attacks by regime forces.