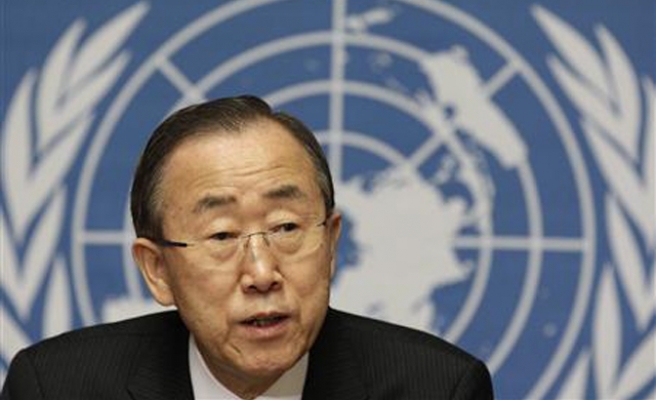 UN Secretary General Ban Ki-moon expressed on Sunday his profound concern about the direction in which the transition in Egypt is moving and reiterated his strong condemnation of the upsurge of violence that has led to scores of people killed and hundreds others injured.

According to a statement by the spokesperson for the secretary general, Ban Ki-moon held a phone call with Egyptian Interim Vice President Mohamed El-Baradei.

"The Secretary-General renewed his calls for the interim authorities to launch a genuinely inclusive, peaceful political process for going forward," the statement said.

Ban also appealed to all Egyptian leaders to urge their supporters to show restraint and urged Egyptians to put the interest of their country above individual, group and political interests in order to start a meaningful reconciliation process.

The UN chief underlined during his call that deposed president Mohamed Morsi and other Muslim Brotherhood leaders to be released by the interim authorities, or to have their cases reviewed in the fullest transparency.

The statement also noted that Ban discussed the situation in Egypt with the Turkish Foreign Minister Ahmet Davutoglu and his counterpart from Qatar Khalid bin Mohammad and the Secretary-General of the League of Arab States Nabil el-Araby.