"The new approach is to combine the emergency with the long-term. For that, humanitarian agencies alone cannot do it" UNHCR chief Antonio Guterres told a news conference in Geneva. 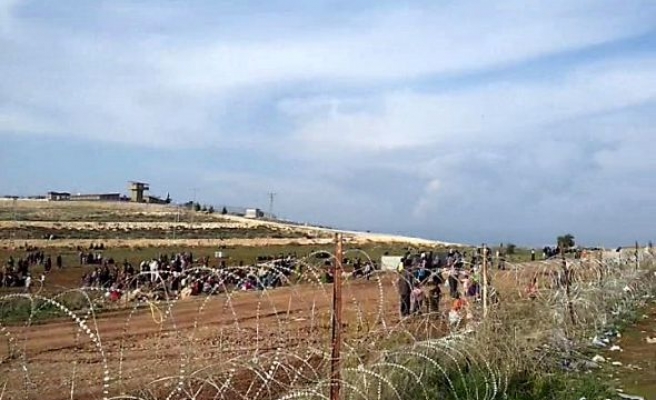 The United Nations is shifting its aid effort for Syria to prepare for long-term help to neighbouring countries to cope with the humanitarian crisis, the head of the U.N. refugee agency UNHCR said on Tuesday.

More than 100,000 people have been killed in Syria's 2-1/2-year conflict as rebels fight to oust President Bashar al-Assad. Over half of its 20 million people need aid and around 2 million have fled to neighbouring Turkey, Lebanon, Jordan and Iraq.

"The new approach is to combine the emergency with the long-term. For that, humanitarian agencies alone cannot do it," UNHCR chief Antonio Guterres told a news conference in Geneva.

"What we want from now is ... a longer-term kind of approach, not only in relation to humanitarian aspects but in relation to structural aspects, namely related to those areas that are more directly impacted - education, health, infrastructure, housing, environment."

U.N. agencies want to join forces with the World Bank and other international financial agencies to help neighbours of Syria that are shouldering the heaviest burden.

But resettlement programmes so far cover about 10,000 people - a drop in the ocean for a refugee population of 2.1 million and a further 4.25 million displaced people within Syria.

With no sign of a rapid end to the conflict, aid agencies are preparing for a third winter of war.

He told Reuters UNICEF in the region was increasingly focusing on building "capacity for the future", citing for example Lebanon's public school system where displaced Syrian children will outnumber Lebanese within a few months.

But UNICEF was also trying to save Syrian children from becoming a "lost generation". Lake said 1 million children were caught in conflict areas and could not be reached by U.N. aid.

"We're increasingly seeing the kids are severely affected, not only physically but also psychologically. So when we help them get back into school or provide textbooks, we are helping to train them for the future with what's in their minds."

The U.N. World Food Programme says it faces growing problems in getting supplies to desperate people in all parts of Syria.

"All sectors of the Syrian economy are collapsing, shortages are forcing food prices up beyond the means of ordinary people, even in the middle classes," said Muhannad Hadi, the WFP's regional emergency coordinator based in Jordan.

Hadi said many WFP convoys were stopped from reaching their destinations by both fighting and roadblocks set up by government forces and rebel units. "We never know when those blocks are going to appear."