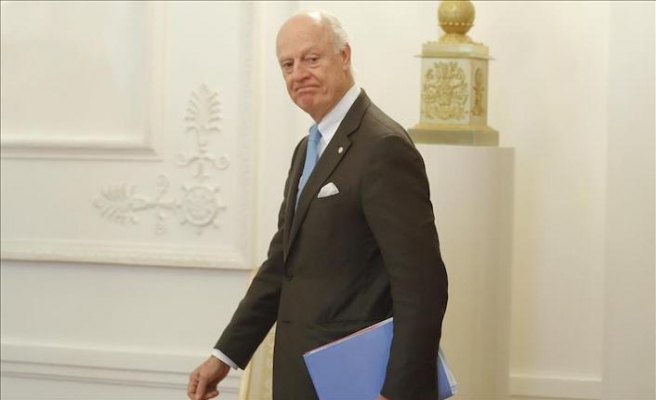 The UN's Syria envoy announced Wednesday he will leave his post at the end of November for personal reasons.

"My desire is for purely personal reasons to move on," Steffan de Mistura told the Security Council.

He will be departing as of the last week of November after serving for more than four years as the UN Special Envoy for Syria.

*Betul Yuruk contributed to this report from the United Nations