'l do not know why they [Syrian regime] do not give permission for the last six areas,' UN humanitarian advisor says 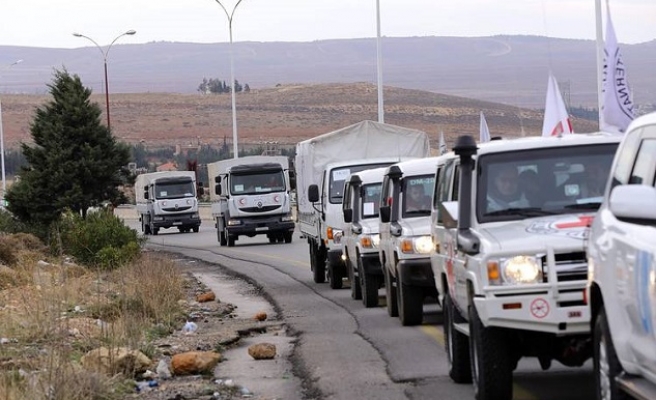 An advisor to the UN envoy on Syria, Jan Egeland, has said the Syrian regime has still refused to give permission for aid and medical items to enter six besieged towns in the war-torn country.

Speaking on Thursday after an International Syria Support Group ISSG Humanitarian Task Force meeting in Geneva, Egeland said: "We have still not received permission to go to the remaining six of 18 areas where we do not have permission to go."

"Civilians need help; we can give them the help. It is a violation of international law to prevent us," Egeland added.

Egeland also said he had requested support from Russia and the U.S. to convince the warring sides in Syria to release detainees.

Noting that a third convoy to four towns - Madaya, Zabadani, Kefraya and Fua – was on its way, Egeland said the UN’s aim was to reach 1.1 million people before the end of April.

Egeland said they received permission for 15 new hard-to-reach locations to deliver humanitarian aid including a number of locations in the Aleppo and Homs areas where people have not received relief for months.