The ship has been stopped over 'undeclared' cargo 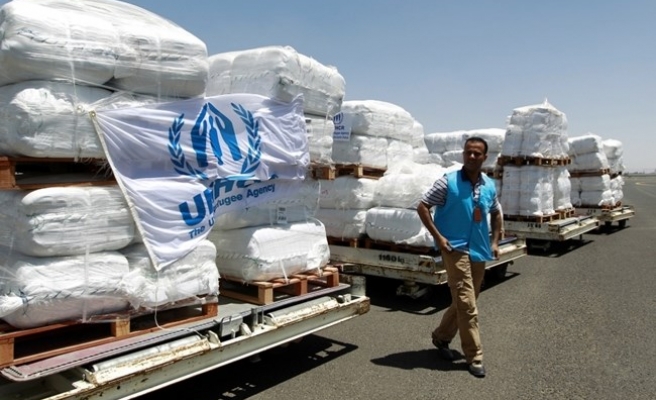 A UN-chartered ship carrying food for Yemen remained stuck in a Saudi port on Wednesday after the Riyadh-led coalition fighting Iran-backed rebels said it found undeclared communications equipment aboard.

The MV Mainport Cedar was travelling from Djibouti to an approved stop at Yemen's Red Sea port of Hodeida when it "was diverted by coalition forces" to Jazan in southwest Saudi Arabia last Thursday, the United Nations World Food Programme said.

"There is some equipment that wasn't declared," he said, adding the satellite dishes, solar power units and "crypto systems" are the type of gear used by Yemen's Huthi rebels.

The coalition has been battling the Huthi Shiite rebels and their allies since last March.

It enforces an arms embargo against the rebels under a UN Security Council Resolution passed in April.

"Now we are working with the United Nations programmes to find out what is the malfunction of the procedure and to fix it, and to make sure that it doesn't happen again," Assiri said.

He added the some of the aid was food from Iran but "we don't know" where the communication equipment came from.

"WFP is still in communication with the coalition forces regarding the circumstances of the ship's diversion to Jazan port," the agency's senior regional spokeswoman, Abeer Etefa, told AFP from Cairo.

"On behalf of the Yemen humanitarian community, the vessel was transporting commodities including canned tuna, medical supplies for delivery to Hodeida Port and United Nations emergency telecommunications cluster IT equipment for delivery to the Port of Aden."

WFP has resubmitted documents for the "humanitarian IT equipment" as requested by the coalition, Etefa added.

The Saudi-led military coalition's maritime blockade, air strikes and ground troops support Yemen's government against the rebels who overran the capital Sanaa in September 2014 and then expanded elsewhere in Yemen.

More than 6,100 people have been killed in the conflict since March, about half of them civilians, according to the UN.

The UN's aid chief, Stephen O'Brien, told the Security Council on Tuesday that the Yemen conflict is "exacting a terrible humanitarian toll" that includes at least 7.6 million people severely short of food.