Martin Griffiths's visit comes as a tenuous calm settles over Hodeida, a vital lifeline for imports and aid which had seen fierce clashes in a renewed offensive by a Saudi-led military coalition to seize the rebel-held port city. 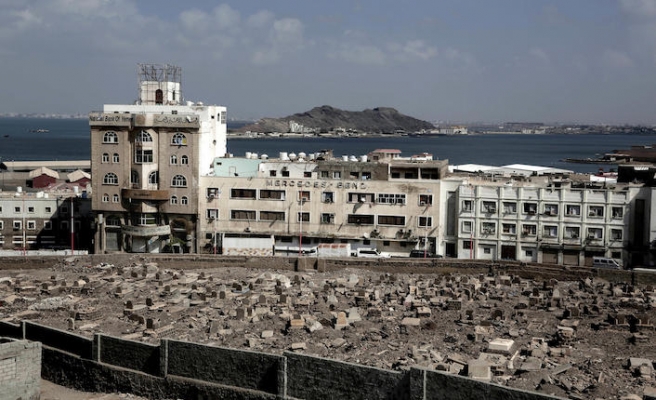 The United Nations' Yemen envoy is expected in Riyadh on Monday as part of efforts to kick-start peace talks next month between Huthi rebels and the Saudi-backed government.

Under heavy international pressure, the Yemeni government and the coalition have largely suspended their five-month offensive against Hodeida.

The UN said the envoy, who also visited the Red Sea city last week to assess the humanitarian situation, is due to hold talks with Yemen's internationally recognised government in Riyadh on Monday.

Fighting in Hodeida intensified in early November as coalition-backed loyalist forces attempted to enter the city, but calm returned after Griffiths arrived in Yemen on Wednesday.

Griffiths, who is spearheading efforts to hold peace talks in Sweden in December, has urged the warring parties to "keep the peace" in Hodeida.

While the loyalist advance there has largely stalled, minor clashes have continued.

Military officials quoted by the state-run Saba news agency on Sunday evening said the loyalists foiled a Huthi "infiltration attempt" into a camp in Hays province, about 100 kilometres (60 miles) south of Hodeida.

The rebels said they had detonated an explosive device near the eastern entrance of Hodeida, "destroying a (pro-government) military vehicle... killing and wounding soldiers inside", Huthi-run Al-Masirah reported on Monday.

Loyalists did not confirm the attack.

But pro-government military officials told AFP Monday that their operations in the east and south of the Red Sea city had been suspended.