UNESCO calls to protect cultural sites in Iraq and Syria 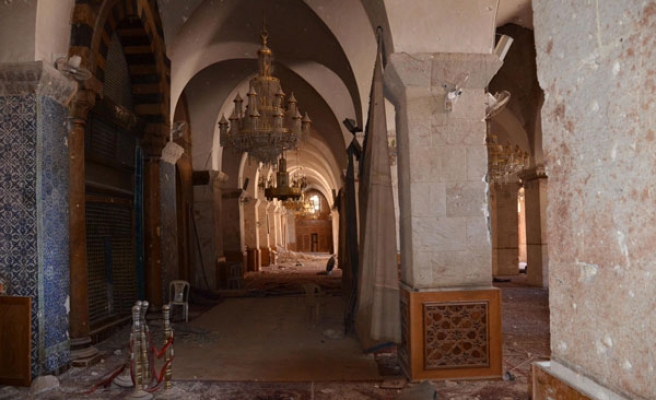 Ahead of her first visit to Turkey on Monday, Irina Bokova, the Director General of the United Nations Educational, Scientific and Cultural Organization, or UNESCO, has stressed the importance of protecting culture heritage in Syria and Iraq.

Bokova said that, during her two-day visit, which coincides with UNESCO’s 70th anniversary, she would discuss with Turkish leaders the means to protect and stop the destruction of historical heritage in the war-torn countries of Syria and Iraq,

"What's happening in Syria and Iraq is a huge tragedy,” Bokova said. “We cannot dissociate the humanitarian disaster from the destruction of culture heritage in countries that I consider to be the citadel of the human civilization.”

"When we say heritage, we don't speak about bricks and stones, but about the history of communities,” she added.

Last month, Bokova had called for the creation of "protected cultural zones" around sites in Syria and Iraq.

She described the attacks on cultural heritage and illicit trafficking in cultural properties as "part of a strategy of deliberate cultural cleansing of exceptional violence."

"It's heartbreaking to see ancient mosques, temples, churches, dating back to the 11th century and existing for thousands of years, being destroyed. We cannot in the 21st century just watch and see such a barbaric act against our common heritage, as it belongs to all humanity," Bokova told The Anadolu Agency.

"It is not too late to take action," she added.

Bokova also emphasized another crisis: the lack of education for young Syrians.

"They need proper education in order to be able to rebuild their own countries as well as to live in the ones hosting them."

Amnesty International said more than 10 million people had been forced out of their homes in Syria; at least 4 million of them have become refugees, mostly in Turkey, Lebanon, Jordan, Iraq and Egypt.

According to the UN, over half of them are under the age of eighteen. In Turkey, out of the some 2 million Syrian refugees, over 350,000 are children.

Last year, the Turkish education ministry ordered schools under its control to remove bureaucratic obstacles to the registration of child refugees and opened around 120 temporary schools.

For her official visit upon the invitation of Turkish Foreign Minister Mevlut Cavusoglu, Bokova will also be addressing the seventh annual ambassadors' conference, of which the theme is "New Turkey: Sustainability and Alteration in Foreign Policy."

"We will be looking to strengthen cooperation and open a new chapter of UNESCO-Turkey's cooperation in a world full of opportunities but also full of conflicts and problems," Bokova told The Anadolu Agency.