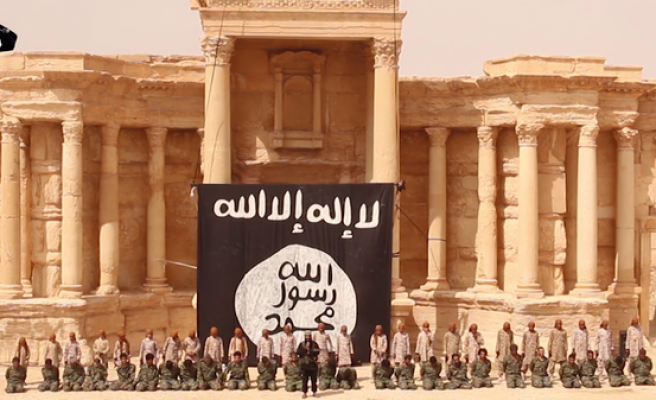 The head of the UN cultural watchdog on Monday branded the destruction by ISIL fighters of an ancient temple in Syria's Palmyra ruins as a "war crime."

"This destruction is a new war crime and an immense loss for the Syrian people and for humanity," UNESCO chief Irina Bokova said in a statement, adding that the "perpetrators must be accountable for their actions".

The Baal Shamin temple, which was blown up by fighters with the ISIL group, is considered ancient Palmyra's second-most significant temple.

Palmyra was seized by ISIL in May, and the destruction of the temple has raised concerns for the rest of the UNESCO World Heritage-listed site -- coming as it does just days after ISIL beheaded the 82-year-old retired chief archeologist of the ruins.

"The art and architecture of Palmyra, standing at the crossroads of several civilisations, is a symbol of the complexity and wealth of the Syrian identity and history," Bokova said.

"Extremists seek to destroy this diversity and richness."

"ISIL is killing people and destroying sites, but cannot silence history and will ultimately fail to erase this great culture from the memory of the world," Bokova added.

"Despite the obstacles and fanaticism, human creativity will prevail, buildings and sites will be rehabilitated, and some will be rebuilt."